A. J. Green married wife Miranda Brooke in 2015 and Blessed with a Son; Family Relationship The NFL star' A. J Green and American singer Miranda Brooke has been married and seems to be very happy together. This couple after a year of their marriage has already welcomed their first baby, Easton Ace.

Easton is nearly two years older now, and they are a very blessed family of three. This bomb NFL duo is one of the perfect examples of how a couple must be. Despite several rumors, both have accepted each other the way they are and become stronger as a love partner. A.J Green and Miranda Brooke dated for five years before getting married.

A.J Green and Miranda Brooke are said to meet on social media back in 2010, and then after falling deeply for each other, they eventually got married. This couple tied the knot in a star-studded winter wonderland themed wedding at Atlanta’s Luxurious 200 Peachtree venue. Many celebrities attended this hearth taking beautiful wedding ceremony.

It is already said this prefect-for-each other couple married in a star-studded wedding in March 2015. This couple swapped vows and became Mr. and Mrs. Green for rest of their happy life. A.J Green as an American football wide receiver and invited many of his friends to be the groomsman.

This couple met through Facebook and exchanged messaged for six months before they met in person. After several meeting, they fall totally in love with each other. This couple during after the exchange of vows danced on the dance floor in the song ‘So High’ by John Legend which got viral on both Twitter and Instagram.

This video swapped away the internet as it was the perfect couple dances of all time and the pure flow of affection. 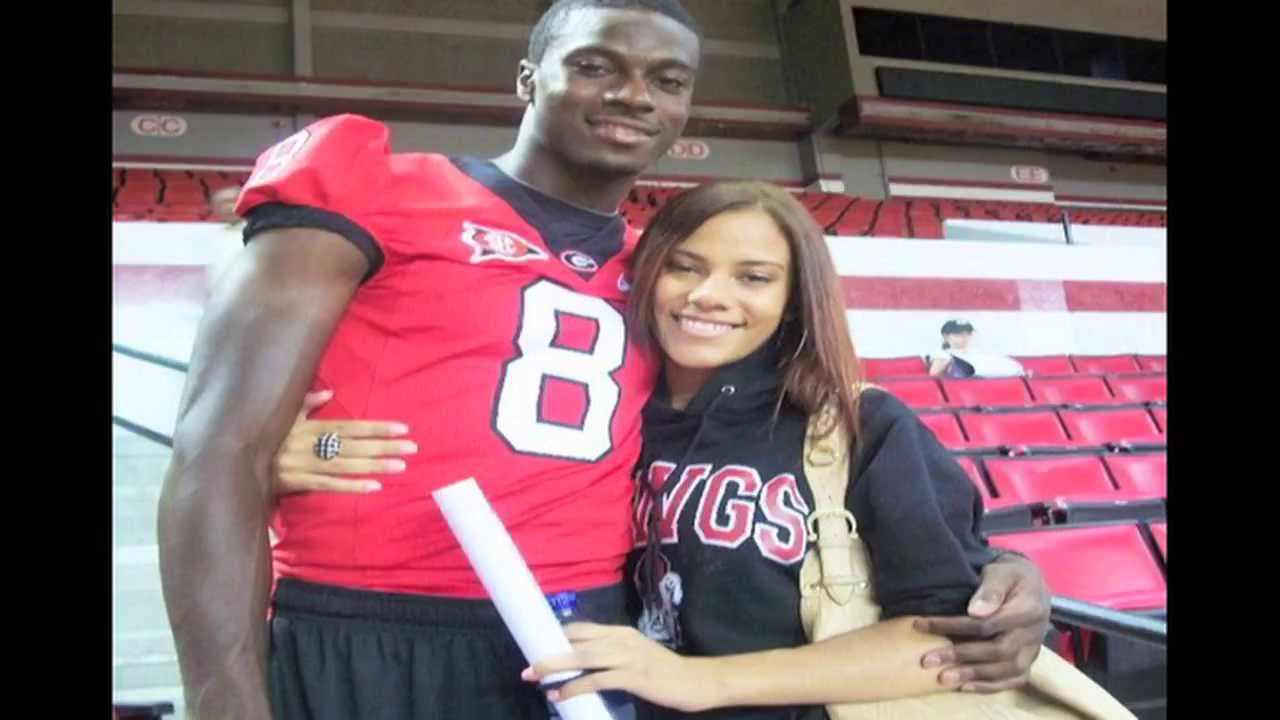 A. J Green and Miranda Brooke

Many NFL players like Carlos Dunlap, Mohamed Sanu, Andy Dalton, Andrew Hawkins, and Marvin Jones came as a guest to attend the glamorous wedding at the historic 200 Peachtree.

Just after celebrating the first wedding anniversary, A. J Green and Miranda Brooke welcomed their first baby boy, Easton Ace. Their son, Easton Ace not only increased the number of family members but also brought happiness and love.

There was a unique of them letting others know about this couple happiness of being parents. Miranda Brooke on her Instagram posted a bun in the oven. Just after three months of this post, there was another picture of Miranda through A. J. where her baby bump could be clearly seen.

Both A.J Green and Miranda Brooke are very happy being parents for the first time which can be purely seen by the posts they make in their social sites especially through Instagram.