Almost a decade as a husband and a wife and not a single divorce rumor - quite an accomplishment in Hollywood, don't you think?

Fans definitely find it praiseworthy that their Take Me Home (take 2011) stars Sam Jaeger and Amber Jaeger have survived many ups and downs but are still going strong with each other. The Jaeger duo has been setting 'relationship goals' for their fans and followers ever since their affair hit the news.

Sam Jaeger and his wife Amber Jaeger have been actively involved in the field of acting since the early 2000s. And like their 2011 movie Take Me Home, their love story and ongoing love life are very simple and sweet.

The couple had fallen in love way back but still, now, the couple is as happy as they can be with no rumors of separation or any extramarital affairs.

Must Read: Amber Jaeger Married To Sam Jaeger And Living Happily With Their Children And Husband

The love between Sam and Amber started in college life

In 1999, Sam graduated with a Bachelors's degree in Fine Arts from Otterbein College. But his degree was not the only achievement of Sam Jaeger from Otterbein. There he met his future wife, Amber Marie Mellott.

But they were not dating during their college days. In fact, Amber was married when she was in college and had given birth to her daughter just before starting her college junior year.

It was in the mid-2000s that Sam and Amber started dating each other. And after a couple of years of dating, the duo finally got married in August 2007. 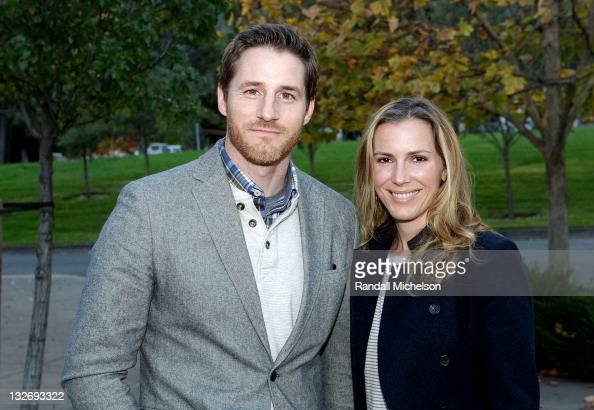 Their wedding was a private affair that included close friends and family only. Among the guests was 12-year-old Aubrey, the stepdaughter of Sam Jaeger. Besides that, there is not much information as to where it happened or what it was like. According to some tabloids, the couple got married on August 25, 2007, at Crockett's Run Resort in Logan, Ohio.

Up until now, there are no rumors of divorce or extramarital affairs between the husband and the wife. The pair are still living happily together with their children.

Amber Jaeger has a daughter from her previous marriage

Before seeing her Prince Charming in Sam Jaeger, Amber was in a relationship with someone else. She, in fact, was married to the mystery guy and even has a daughter from her first marriage. Amber's stepdaughter - Aubrey - was born in 1995.

After Sam and Amber married in 2007, Sam was more than happy to play the role of a father figure in Aubrey's life.

Sam and Amber have starred in a movie that was directed and written by Sam himself. It was during the 7 and a half years of writing, filming, and completing that movie (Take Me Home), that this lovely couple really developed their relationship as husband and wife.

Their newfound compatibility is probably the reason that they are still going strong without any divorce rumors. The couple has three children from their married life. Yes, they have more than Aubrey in their lives.

Sam and Amber have together given birth to three children CAPTION: Amber and her husband Sam with their children

Along with their three boys and an adult daughter, they have been living the life of a happy and successful married couple. We wish both loving partners the very best in their long-lasting relationship.

Who is Amber Jaeger's husband?

When did Amber Jaeger and Sam Jaeger get married?

Amber Jaeger and Sam Jaeger got married on 25th August 2007.

How many kids do Sam Jaeger and Amber Jaeger have?