Adriana Lima Enjoying Date Night with her Boyfriend, Know about their Affairs and Relationship Adriana Lima has been the eye-candy for many years as she has been living in the hearts of many men. Yet, its New York Mets pitcher Matt Harvey who has stolen the angel's heart. Even though Harvey's fastball is dropping off, his dating game is going pretty amazing.

The first photos of Lima and Harvey getting cozy during a date night in Miami has been out. The pair looks super comfortable and happy with each other. Let's find out more about their affair:

Lima and Harvey chose River Yacht Club in Miami to have a romantic dinner date. It is the first time that they have been spotted together. Their dinner date looked rather romantic as they enjoyed champagne, oysters, and margaritas together.

It is the same date night where the 36-year-old Victoria's secret angel was caught sharing a passionate kiss with her boyfriend.

As their kissing photos are all over the internet, the pair doesn't hesitate to kiss anymore while in public as well. They were also spotted making out like nobody is watching while they attended the boxing championship.

If you are thinking that Harvey is Lima's first and only lover, then you are wrong. She was married to Serbian NBA player Marko Jaric in the past. They tied the knot in 2009 on St. Valentine's Day in Jackson Hole, Wyoming.

They are parents of two daughters, Valentina Lima and Sienna, together. The couple's relationship couldn't get far even after the birth of two babies, and eventually, they ended their relationship in March 2016. Yes, the couple divorced.

Did Lima had other love affairs? Let's find out.

Adriana Lima other affairs and relationship

A few weeks before dating Harvey, Lima was in an open relationship with New England Patriots receiver Julian Edelman.  The gorgeous model also attended the 2017 Super Bowl in Houston which happened in February. However, their relationship lasted only for 6 months.

Click to see Adriana Lima's Met Gala look that will blow your mind right away.

Lima has also been in a relationship Justin Bieber in 2014, Denny in 2006 and Prince Wenzeslaus of Liechtenstein from 2003 to 2006. Not only she dated the hot celebrities but also once engaged to Lenny Kravitz in 2002. Their relationship couldn't last long as it ended in 2003.

The reason behind Lima's split with her former husband was not revealed but looking at her affairs, we guess we know it now.

It is not just Lima who has been in a lot of relationships as Harvey has also dated numerous models including Ania Cywinska, Asha Leo, Shannon Rusbuld and so on. We hope both Adriana Lima and Matt Harvey are serious with each other this time. If their relationship works well, they might get hitched too and we wish them luck..

Also read about Lenny Kravitz relationship with Whitney Cummings and their sex life. 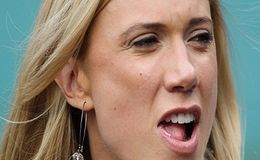