Anjelah Johnson, the famous American actress, and producer, is best known for her Enough Said. 2013, has established a successful career. Formerly the cheerleader of the Oakland Raider, Johnson married her boyfriend Manwell Reyes, the member of the band Group 1 Crew.

Many are well aware of the professional life of Anjelah. But what about her personal life? Let us know more about the actress on FamousStardom today.

Anjelah married her husband, Manwell, on June 11, 2011. The wedding took place in Half Moon Bay, California, in the presence of close friends and relatives. Well, it really has been more than 6 years since their marriage and the couple is free from rumors and mishaps that follow many others in their profession. The couple seems to adore each other and does not shy away from sharing their cute moments.

Have a look at their photo below.

Someone said it's #nationalkissingday I'm almost positive that same someone just made it up. But I'm down! Here's my besos with my babe @manwellreyes

Even though they have successfully achieved their relationship goals, the couple is yet to become parents. They are childless so far and have not given the exact reason for remaining so all these years.

Maybe, they are not hasty to be parents yet.

Happy 4th birthday to my favorite boy in the whole wide world, my Godson #babyaustinreed! I love your goofy personality, your sweet gentle love and your cute little raspy voice. I love when you say "Nina come sit by me" and then 5 mins later when you say "Go home Nina" ?????????? You make me laugh. Nina and Nino Manny love you Austin! #Godson #Vietxican

Now let's move on to the past relationship of the couple.

Anjelah and Manwell's relationships and past affairs

Anjelah and Manwell reportedly met during a wedding party of their mutual friend, though they did not date immediately, give Manwell's shy nature.

I saw him at their wedding. You know, I was trying to make eye contact and he was not making eye contact back.

It was two years after they first met that Anjelah successfully contacted him:

I cyber shocked him and 2 year later, I got a text from Diana, ' I wannna hook you up with somebody, search him on Facebook, his name is Manwell Reyes' and as soon as I heard his name, I knew as I searched him 2 years ago.

Here is the video Anjelah made about her relationship.

It was only then that the couple went on their first date. A couple of dates later, they became cozy and got engaged after Manwell proposed to Anjelah on the beach. 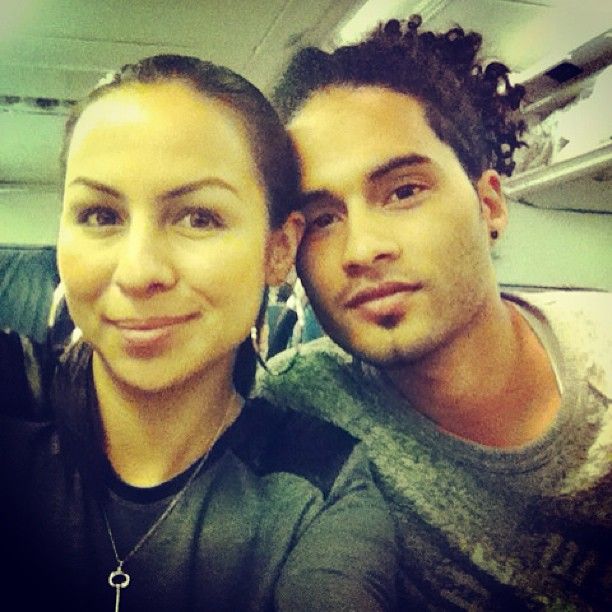 Anjelah and her love, Manwell

Anjelah and Manwell seem to have had awful past relationship experiences and both have spoken about it. For now, they are happy together and that's what matters.