We have witnessed so many relationships ending in divorce in Hollywood. Among a lot of Hollywood couples, Brad Pitt and Angelina Jolie are the ones who recently had to go through a similar situation. Well, such news these days has become a common story, however, there are still some couple who stands like an inspiration for millions, never leaving each others side, no matter the situations.

Breaking the stereotype about Hollywood relationships, American actress, Jennifer Love Hewitt and her husband Brian Hallisay have kept up with their wedding vows. Well, do you want to know more about their married life and relationship? Just stay with us.

The 38-year old American actress/singer/songwriter married her year-long boyfriend Brian Hallisay in November 2013. The couple tied the knot in a lavish wedding ceremony with their family and friends as witnesses.

The lovely couple started dating back in 2012 and a year after in June they got engaged. The Client List co-star shared a picture of the actress/singer's wearing a ring on his Instagram account on 13 August 2014, few months prior to their marriage. Check out his Instagram post here.

Now it's been more than three and a half years since the couple got married and they are still happily together along with their two children.

Jennifer's Family Life: She Was Pregnant Before Their Marriage

In June 2013, the couple announced the news on Jennifer's pregnancy and their engagement simultaneously. A flood of happiness for the couple's fans. Indeed it was.

On June 13, 2013, the actor posted a picture of Jennifer on his Instagram account with the caption, "Fake pregnant Jennifer Love Hewitt in Ghost Whisperer" along with some lovely emoji.

And in November 2013, the two were blessed with a baby girl, whom they named, Autumn James Hallisay. The small addition to the family doubled the happiness! In January 2015, the couple announced they were expecting their second child. And on May 23, Jennifer posted a picture of her showing off her big baby bumps with a caption, "Omg! I'm dying! That photo is just a few hours ago! So wonderful, beautiful... I can describe it. It's too, wow. Do you think it will become a boy or a girl?".

Omg! I'm dying! That photo is just a few hours ago! So wonderful, beautiful... I can describe it. It's too, wow.??? Do you think it will become a boy or a girl??? {creds: @jen.hewitt } #jenniferlovehewitt#jlh#pregnancy#KateCallahan#criminalminds As of now Jennifer and Brian are proud parents of two children and are living a happy life without any rumors or bad blood in their relationship.

Well, as of now the family looks complete. But we hope to hear more about the couple in the coming days. Till then take care and keep on visiting FamousStardom.com 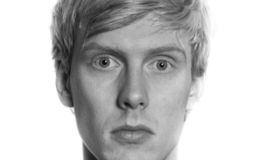