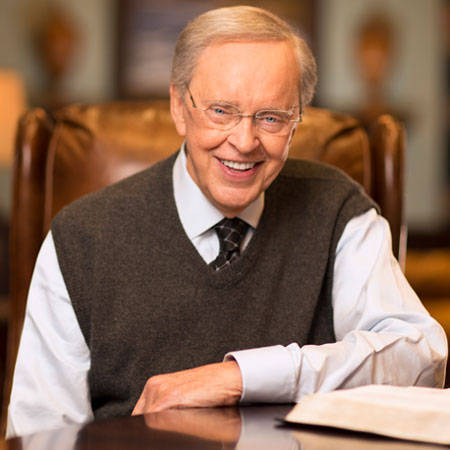 Charles Stanley was born on 25th September 1932 in Atlanta, Georgia. He grew up in rural area of Dry Fork with his parents along with his siblings. He holds American Nationality and belongs to White ethnicity.

As the Staff of First Baptist Church.

Charles Stanley began his life's work in Christian ministry at the age 14. Later he started his career professionally as the staff of First Baptist Church of Atlanta in 1969 and later became the senior pastor in 1971.

In 1972, Charles Stanley launched a half-hour religious television program called The Chapel Hour. The Christian Broadcasting Network began to telecast this show in 1978. later he also founded In Touch Ministries, and its radio broadcasts began.

Charles Stanley got married to Anna johnson in 1958 and have two children till now. Becky Stanley as his daughter and Andy Stanley as his son. After having long relationship hey got divorced in 2000. Anna died in 2014.

Ministry Broadcast around the globe.

The ministry's broadcasts were available in nearly every major American media market. The program In Touch with Dr. Charles Stanleycould can be heard in 107 languages, airs in more than 50 languages worldwide and broadcast approximately on 500 radio stations, 300 television stations.

Charles Stanley invited Lisa Ryan as the co-host which was question and answer segment called "Bring It Home," which aired after the sermon and advertisements. The Q&A segment was intended to help the audience better grasp the content of the sermon through the use of questions the average listener might ask.

Charles Stanley is an American senior pastor of the First Baptist Church situated in Atlanta, Georgia. Apart from that he is also best known as being the founder and the President of In Touch Ministries and similarly the President of the Southern Baptist Convention starting from the year 1984 till 1986.

Charles Stanley was born on 25th September 1932 in Atlanta, Georgia. He grew up in rural Dry Fork with his parents along with his siblings. He pursued his bachelor’s degree from the University of Richmond, received his Master Th. M. and doctorate Th.D. degree in theology from Luther Rice Seminary.

Charles holds American Nationality and belongs to the White ethnicity.

Stanley started his career as the staff of First Baptist Church of Atlanta in 1969 and became a senior pastor in 1971.

He launched a half-hour religious television program called “The Chapel Hour” which is Christian Broadcasting Network and began televising this show in the late ’70s.

After the success, Stanley founded In Touch Ministries, and its radio broadcasts began to be syndicated.

During the early 80s, the ministry's broadcasts were available in every major American media market which gets broadcast usually on Sundays.

Stanley invited Lisa Ryan to co-host a question and answer segment called "Bring It Home", which was later replaced by Stanley alone.

In 2006, In Touch with “Dr. Charles Stanley” could be heard in 107 languages, airs in more than 50 languages worldwide.

Only in the United States, "In Touch" is broadcast on approximately 500 radio stations, 300 television stations, and satellite networks including The Inspiration Network (INSP) and Trinity Broadcasting Network (TBN).

Besides his pastor career, Charles has written numerous Bibliographies which includes, including “How to Reach Your Full Potential for God”, “When Your Children Hurt” and “The Power of God’s Love”, are some of his recent books.

Charles Stanley’s married Anna in 1958 and gave birth to Becky and Andy Stanley. After years of married life, they got a divorce in 2000.

Another name in the family that is devoted to the service to god is Andy Stanley the son of Charles who is also a senior pastor of North Point Community Church.

The Television personality pastor has earned a handsome amount of money from his numerous sources such as TV network, Bibliography, Missionary, and many others by which his net worth has been estimated at U.S. 1.5 million.

For more updates and news on Charles Stanley, follow FamousStardom.