If you are a music freak, then songs by Christina Milian might be on your playlist. She is a popular versatile American singer and songwriter who have given a number of popular songs. Besides being a musician, she is also an actress and gave her appearances in various renowned televisions and movies including Baggage Claim, Ghosts of Girlfriends Past, Christina Milian Turned Up and A Gifted Man.

Christina Milian was once married to a popular American singer and rapper The Dream and after the divorce, the actress went on to date several men. So, today let's know Christina Millian's love affairs, relationships, and married life. Just stay with us.

Married Life And Divorce of Christina Milian and The-Dream

The 35-year-old gorgeous singer-songwriter was previously married to The Dream who is also a singing star. In February 2009, a report came that Christina and The Dream were dating and eventually in May 2009 another news came regarding their plans to get married.

After a couple of months, in June 2009 they celebrated their engagement party in Las Vegas and in the following year, they exchanged their vows on 4 September 2009. Their wedding ceremony was held in Rome, Italy in front of their close friends and family members. You might not know but at the time they got married, Christina was already four months pregnant with her husband but they only announced that they were expecting their first child on 11 September 2009. The pair welcomed a baby daughter on 26 February 2010 and they named her Violet Madison Nash.

Unfortunately, just after eight months of their marriage, the pair ended their marital relationship with a divorce on 23 October 2011.

Dating Life of Christina Milian After Separation With The-Dream

After Christina split with The Dream, she went on to date Jas Prince who is the son of Rap-A-lot Records CEO, James Prince. After months of dating, on 2 September 2013, it was confirmed that they got engaged. However, after about eight months of their engagement, the pair called off their relationship but none of them ever revealed the reason why they split.

In July 2014, Christina was surrounded by the dating rumors with the professional rapper Lil' Wayne as they even attended the ESPY Awards together and the couple later confirmed their relationship in mid-2015. 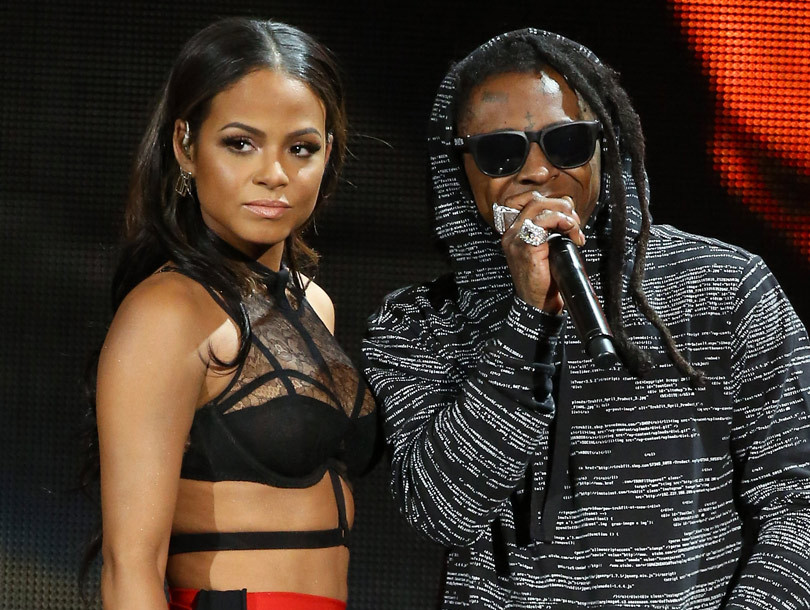 However, their relationship didn't last for long and they announced their split in late 2015. Besides, Christina had also dated another American rapper Nick Cannon with whom she separated as Nick cheated on Christina with his current wife Mariah Carey.

After several unsuccessful relationships, Christina Milian seems to have lost her trust from men as she is currently enjoying her singlehood.

We wish her to find her better half soon. For more updates, stay tuned to FamousStardom.