FamousStardom https://famousstardom.com/
Home Gossip Christina Milian is in Relationship with 16 years Younger Boyfriend, Is she Pregnant?

Christina Milian is in Relationship with 16 years Younger Boyfriend, Is she Pregnant? 35-years-old, Chactristina Milia is an American singer, actress as well as a songwriter but she is most known as a singer. She was married to husband, The Dream in 2009 but the finally ended their relationship and divorced in 2011. She has a 7-years-old daughter with The Dream named Violet Madison Nash.

Well, now the singer is making headlines for her latest affair. The 35-years-old singer has been recently reported to be dating her new boyfriend who is 16-years younger to her.

Well, if you are curious to know more about the singer love life and affair stories, read the full article.

The lucky guy that Christina Milian has been dating is also a model and entertainer Izzy Lopez a.k.a. Flames Dean. Well, there is a twist to the story that might leave you in awe. And the twist is the age difference between girlfriend and boyfriend. Izzy is 19 years whereas, Christina is of age 35. Well, that's 16 years difference. Will this relationship work? That's something only time will tell us. But you might be wondering how the couple happened to date each other.

As mentioned earlier, Christina faced the divorce with her ex-husband and also has a kid. So, after the divorce, this single mom was all alone and in an event, she met Izzy as they both belongs from the same industry and they subsequently started dating during the holidays.

Well, the answer to this question is a big NO since it's her sister Lizzy who is pregnant not her.  Wondering how can we be sure? It's because the news about Christina being pregnant made the headline only after she divorced with her ex-husband The Dream. 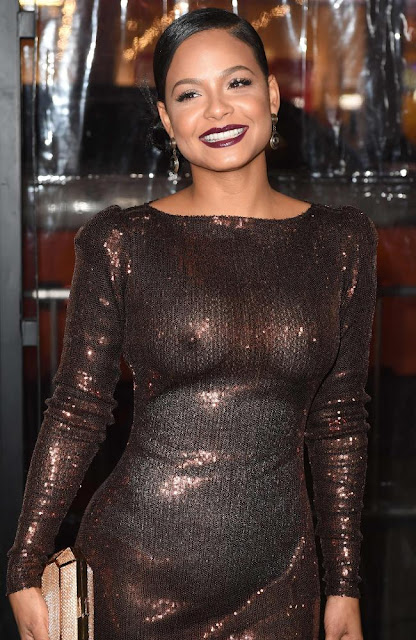 Christina's daughter Violet was born after some weeks of her wedding with The Dream. So, due to this news, people were confused about her being pregnant.

If you take some to look at the relationship between Christina and The Dream, they got married on 4th September 2009 and after just two years of marries, they got divorced on 25th October 2011.

After getting married in the year 2009, Christina and The Dream's daughter Violet were born on February 26, 2010. And subsequently, after divorcing her husband she started dating Jas Prince.

Christina Milian and The Dream with their baby Violet

Check out the Instagram post from Christina about her baby girl captioned as Baby girl... you are my world. Happy 7th Birthday to my sweet princess Violet. Mommy loves you to infinity!Let's make this a birthday you'll never forget! #iloveyou60million #LetsParty #thatsmybestfriend

But this relationship of Christina did not last long and she broke up with Jas on 2014. Then and only after that, she was in a relationship with this young, guy Izzy.

Check out the video Dip It Low

We wish Christina and her young boyfriend a very best of luck for their new relationship. BEST OF LUCK CHRISTINA AND IZZY!!!!! Francesca Eastwood Married Clifton Collins Jr. in 2017, Are They Happy Together? Past Affairs Amal Clooney and George Clooney steps out for Dinner after birth of Twins; Their Married Life