CNN's Erin Burnett and her husband David Rubulotta started their relationship through a blind date? 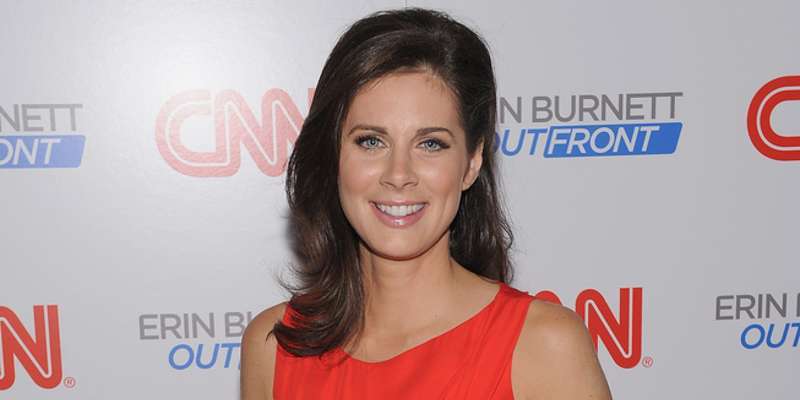 Going into a restaurant for your blind date, looking at the most handsome guy in all of the booths, and thinking, “I hope that’s him,” and 13 years later, being the proud wife and mother of two with the same heartthrob sounds like a near-perfect love story? Well, believe it or not, some people ARE this lucky!

Today, we will let you people know CNN Erin Burnett OutFront host Erin Burnett and her husband finance executive David Rubulotta' married life. Scroll down to know everything about them:

To begin; Erin Burnett and David Rubulotta first met on a blind date. And with their respective charm, they hit it off right away. We can only imagine their interest in each other in their very first date because of their shared field of profession and undeniable good looks. They seemed to have enjoyed each other’s company.

After dating for a couple of years, the couple got engaged in September 2011. The same year her show OutFront was launched. So, we can see that 2011 was a blast year for her!

In the following year, Erin Burnett married husband David Rubulotta in December. And seemingly, they couldn’t have waited any longer to extend their family and bring in new ones.

Eleven months into their marriage, Burnett gave birth to the couples’ first child- a baby boy. They named him Nyle Thomas Burnett Rubulotta. Then on July 18, 2015, she gave birth to a daughter, Colby Isabelle.

Burnett, along with her husband and children, currently live in New York. Divorce doesn't seem to be coming anytime soon for this couple.

During her time at the company, such was her skills that she was headhunted by CNN for the position of writer and booker for the network's hit show Moneyline.

It was when Burnett later became Vice President of Citigroup/CitiMedia that she met Rubulotta and the whole shebang kickstarted.

After that stint, she moved on to the CNBC network where she hosted two shows Street Signs and Squawk On The Street.

A photo posted by Erin Burnett OutFront (@erinburnettoutfront) on Jul 2, 2014 at 9:43am PDT

Erin has a huge online following on her social media accounts like Instagram and Twitter where she has been sharing many of her personal affairs with her fans and followers.