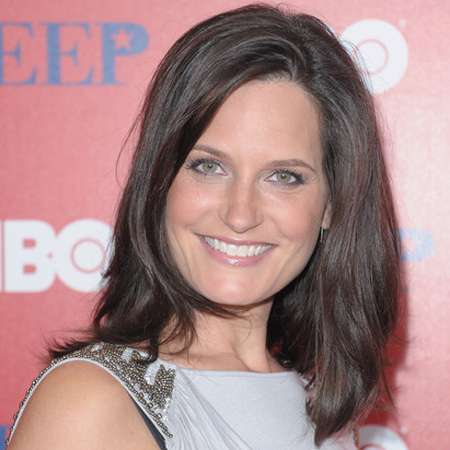 Smiling queen, Contessa Brewer was born in Parsonsfield, Maine, United States of America on 16th of March 1974. She is an American and is of white ethnicity. She is five feet and three inch tall. She is of average weight.

Native of Parsonsfield, Maine, Contessa was also raised there. She joined Sacopee Valley High School to receive her primary education. She was also finally able to complete her high school graduation from there and she graduated from there in 1992.

After her high school graduation, she also wished to continue her higher education and then she joined Syracuse University. There she majored in Broadcast Journalism and she finally earned her Bachelor of Science degree in 1996.

She began her professional career from KMIR-TV and that was since 1997.  KMIR-TV is the broadcasting company which is owned by Journal Communications. She worked there for the next two years and then joined KRNV-TV.

After KRNV-TV, she began working as a weekend anchor and general assignment reporter at WTMJ-TV but she worked there for some years and then she joined MSNBC. There she hosted the show, Caught on Camera.

From the start of 2005, she began working at the radio station as the news reader of the Imus in the Morning. She also hosted the MSNBC's show Caught on Camera for which she received worldwide recognizance. In the end of 2011, she quit her job at MSNBC and began serving at the WNBC as a fill-in anchor.

Was criticized for her comment on Times Square car bomb attempt

Besides having good reputation being freelance television journalist, Contessa Brewer has not been denied of criticism. She has been criticized several times for her comment. In 2010, she gave a comment about the Times Square car bomb attempt and she was panned for that.

Contessa is a married woman. She is married to Dan Senor. As a married couple, she gave birth to a twin baby in 2013.

Native of Parsonsfield, Maine, Contessa was also raised there. She joined Sacopee Valley High School and completed her high school graduation from there in 1992. After that she attended Syracuse University and earned her Bachelor of Science in Broadcast Journalism in 1996. She began her professional career from KMIR-TV and that was since 1997. She worked there for the next two years and then joined KRNV-TV. She began working as a weekend anchor and general assignment reporter at WTMJ-TV. The actual figure about her net worth is unknown.