FamousStardom https://famousstardom.com/
Home Gossip Dirty Job's Mike Rowe net worth: Get the tour of his mansion and his car. How much is he worth? Dirty Jobs host Mike Rowe is a well-known narrator and TV host. Rowe has a jaw-dropping net worth of $45 million. Isn’t that huge? Don’t be amazed because Rowe has worked really hard for it.  He has earned his huge net worth by working as an anchor for TV and radio shows and also as a voice-over artist. It is estimated that Rowe earns $12 million as an annual salary.

Mike Rowe's Net Worth and Earnings

As stated above, the estimated net worth of the Dirty Jobs host Mike Rowe is around $45 million while he earns around $12 million as his total salary for one year. Check out his house and car collection.

Mike Rowe doesn't own a Mansion

Despite being so rich, you might be shocked to know that Rowe doesn’t live in a mansion. He has been living in a very modest apartment for the last 16 years. He revealed this information when one of his fans asked him if he lives in a mansion. His answer was:

I don’t live in a mansion. I house sat in one once, and I kinda liked it. But I’ve never owned one, and have no plans to. My current apartment is very modest, relative to the zip code. It’s the same one I’ve come home to for the last 14 years.

With the exception of a small smokestack that partially obscures Treasure Island and Alcatraz, the view is the best thing about it.

Though he doesn't own a mansion, he might still have his own car collection, don't you think?

Rowe had been the face of the Ford automobile for a few years. He has served as the Ford pitchman for seven years. However, in 2014, the face of Ford cars parted ways with the automobile company after the cancellation of the show, Dirty Jobs.

Since he was the face of the automobile, he must have got a number of Ford cars under his belt.

Let's find out about his career and net worth.

Mike Rowe is a Towson University graduate with a degree in Communication Studies. His career as a host began on the QVC channel in the 1990s where he hosted a shop-at-home program. However, he was fired thrice.

Later, he hosted shows such as Worst-Case Scenarios, The Most, No Relation, and On-Air TV for American Airlines. He also worked as an anchor for Evening Magazine from 2001 to 2005. 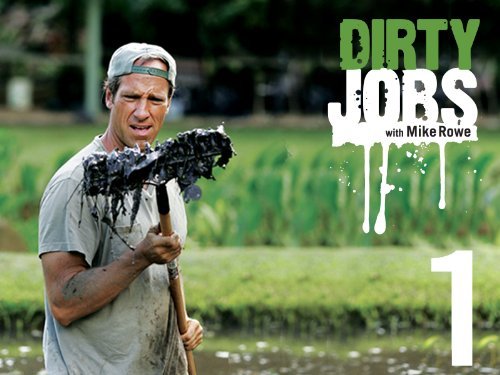 Later, he began to work for Discovery Channel. His show Dirty Jobs made him famous widely. He gained much fame and net worth due to it. Besides, Rowe is also the narrator of Deadliest Catch. He is a voice-over artist for various programs and commercials as well. At present, Rowe stands as an inspiration to many youths across the world.

Despite working at various shows and programs, a major source of Rowe’s $35 million net worth is Dirty Jobs.

What do you think of the amazing personality, Mike Rowe? Please leave your opinions in the comment box below.