FamousStardom https://famousstardom.com/
Home Gossip Does Skip Bayless have a Girlfriend ? Know about his married life with Ernestine Sclafani

Does Skip Bayless have a Girlfriend ? Know about his married life with Ernestine Sclafani ESPN2’s First Take’s host Skip Bayless is a renowned sports columnist as well as a reporter. He is a wise and learned man who has a vast knowledge of his subjects. This amazing personality is married to Ernestine Sclafani.

Despite being married for so many years, Bayless’ relationship with his wife is going on pretty well. Let’s find out more about this pair.

Bayless’ wife Sclafani worked as ‘First Take’ ESPN2’s co-host with Stephen A. Smith. She was also the publicist of ‘Cold Pizza’ which was a sports program.

Bayless and Sclafani met for the first time when Sclafani brought actor Kevin Dillon to the First Take set. The pair got bonded quickly as they had dinner together the same night.

You might be shocked to know that Bayless told Sclafani that she will never be more important than my job during their first date. This ultimately won her heart. When asked about her husband Sclafani says:‘He’s got a heart of Gold; He’s funny, shy, caring. He’s just a good guy.’

Also Read: Facts of Skip Bayless. Affair of Skip with publicist Ernestine Sclafani. How is their married life? The adorable pair kept their affair private for many years and later tied the knot in a secret wedding ceremony too. Therefore, neither Bayless nor Sclafani has made public any of their wedding photographs.

However, Sclafani wasn’t Bayless’ first love. He revealed himself that he has been in four long-term relationships in his life. In fact, he was also married to one of his ex-lover. Bayless’ got hitched to his high school sweetheart soon after graduating from Vanderbilt.

His relationship didn’t work out with either of them as he was meant to be with Sclafani. He admitted himself that Sclafani has made his life better. He said: “She’s the strongest-willed and can elbow her way into my life better than the others.”

Bayless is preoccupied with his job and healthy living. Graduated from Vanderbilt University and included on Fred Russell-Grant land Rice Sports writing scholarship, Skip was always interested in sports activities. Along, he is the man of strict daily diet routine, made himself ‘an odd’ member in the family.

Despite being married for so many years, Bayless and Sclafani’s relationship is as amazing as it was in its early days. The pair seems to have been very faithful with one another as neither one has been involved in any kind of extra affairs. Thus we can say that there is no rumor of divorce between the couple. 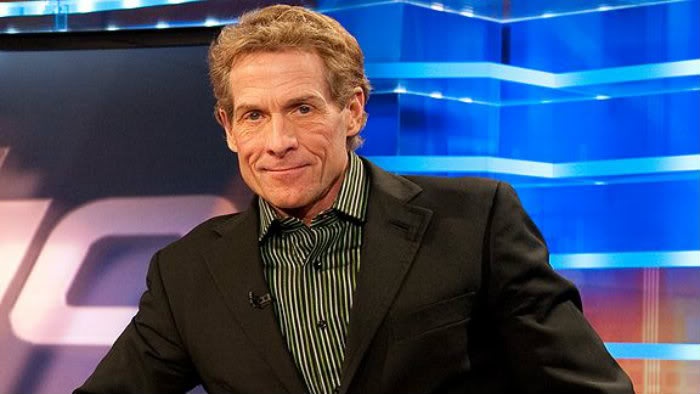 What do you guys think about them? Please leave a comment below Connie Booth Married to John Lahr after Divorce with John Cleese: History of their Married Life