FamousStardom https://famousstardom.com/
Home Gossip Emily Procter's Relationship With Paul Bryan, Are They Married? Their Past Affairs

Emily Procter's Relationship With Paul Bryan, Are They Married? Their Past Affairs 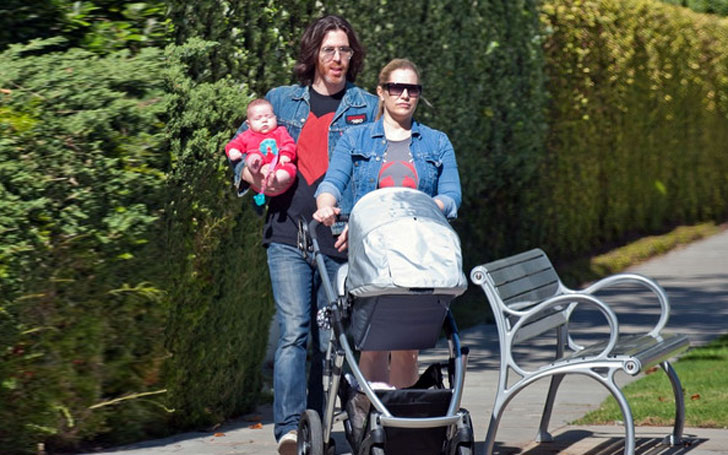 The CBSI: Miami (202-12) actress Emily Procter has been in a number of relationships. The actress started dating her boyfriend Paul Bryan, 50 a music producer/songwriter based in Los Angles in 2008.

The couple is together for nine years now and is the parents of a six-year-old child. The chemistry between the couple is adorable. Well, a lot of people wonder if the couple is married.

So, what's the truth, are they married? Let's find out about the love life of the couple and their romantic relationship here in FamousStardom.

Are Emily Procter and her Boyfriend Paul Bryan Married?

Procter, 49, has been in several relationships in the past but unfortunately, she couldn't continue any of the relationships.

However, Procter's love life has been a blissful one ever since she hooked up with Bryan. The couple started dating in late 2008. From the year they started dating, the lovebirds have always been together and are also parents to their 6-year-old daughter Pippa. Emily Procter and her boyfriend Paul Brayan with their daughter Pippa

Although the couple shares parenthood and is together for nine years, they haven't tied the knot. Well, it may surprise a lot of their fans but, yes the couple isn't married yet. Moreover, it seems like they are not going to get married anytime sooner.

Procter, 49, and Bryan are in a relationship for years but the couple is tight-lipped regarding their love life.

Having a BIG ladies night out. #Idolfinale

Also, check out a video of the cute family.

Looks like Procter has found a good partner for herself after the breakup with the  CBSI: Miami co-star Adam Rodriguez.

Emily Procter and her Past Affairs and Relationships

Well, the two are no more together but seems like Emily is very much happy in his current relationship with Paul. Television presenter Rav Wilding; Know about his net worth and Career