FamousStardom https://famousstardom.com/
Home Gossip Governor of New York Andrew Cuomo is in Relationship with Sandra Lee After Divorce from Kerry Andrew Mark Cuomo is an American author, politician and an attorney born in Queens, New York. Since 1st Jan 2011, Andrew has served as the 56th Governor of New York. Andrew followed his father's footsteps and held the same position as his father Mario Cuomo held from 1983 to 1995.

The 60-year-old governor is a member of the Democratic Party and started his career in politics by working as a campaign manager for his father. Furthermore, before becoming a private attorney, he worked as an assistant district attorney. The man is also a hero for the LGBT community as he signed the legislation for same-sex marriage on 24th June 2011.

Today we honor the men and women who have fought to protect the freedom and values this state and nation were founded upon. In celebration of #VeteransDay, New York's veterans will now be able to represent their branch of service with new license plates. The license plates are available for the Army, Navy, Air Force, Coast Guard and Marines, and will allow veterans to celebrate the unbreakable bonds formed with fellow service members and express the special pride for their service branch.

Andrew's marriage might be among the most talked about marriages in history. His marriage was a rollercoaster. Let's talk about his marriage, divorce and relationships.

Andrew was previously married to the seventh child of Robert F. Kennedy, Kerry Kennedy. Proposing Kerry was a huge deal for Andrew as she was from a prosperous family with a respected political background.

In 1990, on Valentine's day, Andrew proposed Kerry. But before that, he thought about it a lot and even asked people their opinions. Kerry accepted his proposal and their engagement was announced in February of the same year.

Andrew started planning their wedding like he planned a political campaign. The pair got married on June 9, 1990, at St. Matthew's Cathedral located in Washington, D.C. The marriage was no less than a royal wedding. As mentioned by sources, the two were not just close but they were very understanding and had a strong bond. 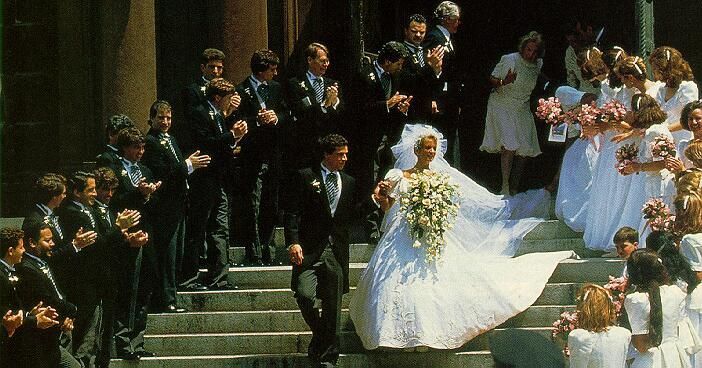 Despite the bond, Andrew was very insecure and hated it and felt like the outsider during her gathering when Kerry started talking to her exes.

Andrew with girlfriend Sandra and daughters

Despite their love, Kerry was all set to file a divorce in 2001. She did not do so after Andrew talked respectfully about the Kennedys at a campaign. Nevertheless, Kerry was proud of him and knew that he would be a great governor. Her problems with him were entirely personal and nothing to do with anything else.

Even though Kerry tried to do her best and make the marriage last, she finally demanded a divorce on 11th September 2002. They separated in 2003 and has their divorce finalized in 2005.

Andrew has even written book titled The Contender: Andrew Cuomo, a Biography in which he talks about his life and marriage with his lovely ex-wife Kerry Kennedy.

After his divorce with Kerry, governer Andrew started dating celebrity chef Sandra Lee in the year 2005. The two have since been together and have been spotted together on numerous occasions.

The two are very close. 49-year-old Sandra, who is a breast cancer survivor, claimed that during her treatment Andrew was a huge supporter for her.