FamousStardom https://famousstardom.com/
Home Gossip How Much Is NBC Sports Host Erik Kuselias' Net Worth? Know about his Career and Awards

How Much Is NBC Sports Host Erik Kuselias' Net Worth? Know about his Career and Awards Erik Kuselias is a television and radio host. He is the current co-host of Pro Football Talk on the NBC Sports Network with Mike Florio and also a host on NBC Sports Radio. Besides, he has also worked as a host on Morning Drive on Golf Channel, NASCAR Now on ESPN2, The SportsBash on ESPN Radio, and NFL on ESPN Radio on Sundays during NFL season.

Erik, having worked for major American news channels is considered as one of the highest paid television personality. Well, what exactly is Erik's net worth, Let's get to know all about his economic status.

A television and radio host Erik Kuselias's net worth

Erik is involved with two of the dominant sports channel ESPN and Golf Channel. He runs numerous hit television and radio shows like SportsBash, Nascar Now, Mike and Mike in the morning, Freaking Fantasy, Morning Drive, and the list goes on. 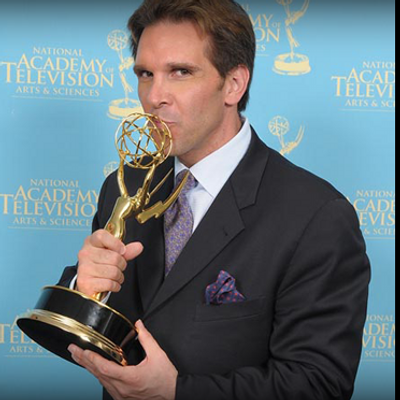 Erik Kuselias is a television and radio host

His one of the web-based sports program Fantasy Football Now is the Emmy-Award Winning show.

Erik currently hosts a News Talk Radio Show on AM 820 News in Tampa and AM 1060 News in Melbourne-Cocoa Beach. Both the Sports program and the News Program are available for syndication. According to the Internet sources, Erik's net worth is estimated to be $6 million. His net worth has definitely risen from the huge salary he earns from his work as a TV host and radio host.

Let's find out about the detail information regarding his career and awards.

Connecticut-born Erik began his professional career as a host of The SporstBash show on ESPN in 2005. He worked there for 2 years and left in 2007 to work on another popular show.

On February 5, 2007, he debuted on another show NASCAR Now and worked there for 1 year.

He also joined on ESPN radio shows afterward in 2009 and worked as the host for The Erik Kuselias Show, Mike and Mike in the Morning, and he even hosted every Friday during the NFL football season.

.@fantasyEK talks about the lack of conservative voices in sports media on the BSM Podcast. https://t.co/oVQu4dbaZG pic.twitter.com/LwVSCYkJNf

In 2011, Erik got an opportunity to work on the Golf Channel for the show Morning Drive. He also appeared on CNBC, as a studio host during CNBC's coverage of the Stanley Cup Playoffs.

Check out Eric from the Golf Channel!

In 2012, he joined NBC Sports. He is recently working at Genesis Communications in Florida where he runs the Sports Radio Show.

Eric is sharing his immense net worth with his beloved wife Holly Sanders.

Congratulations, Eric for his successful career! For more updated keep in touch with FamousStardom. Brittany Snow Broke up With Boyfriend Tyler Hoechlin, Who Is She Currently Dating? Past Affairs Who Is Taron Egerton Currently Dating? Details on His Relationship With Emily Thomas, Past Affairs