FamousStardom https://famousstardom.com/
Home Gossip Is Actress Milana Vayntrub Lesbian? What about her Affairs and Dating Rumours? Milana Vayntrub is an Uzbekistan-born American actress, and comedian, best known for her role as Lily Adams in a series of AT&T television commercials. 35-year-old Other Space actress Vayntrub is not married yet.

Milana has kept her love life well hidden from the flashlights of the media. Even more, she has not opened up about her dating issues after her breakup with John Mayer. Even more, she is now rumored to be a lesbian. 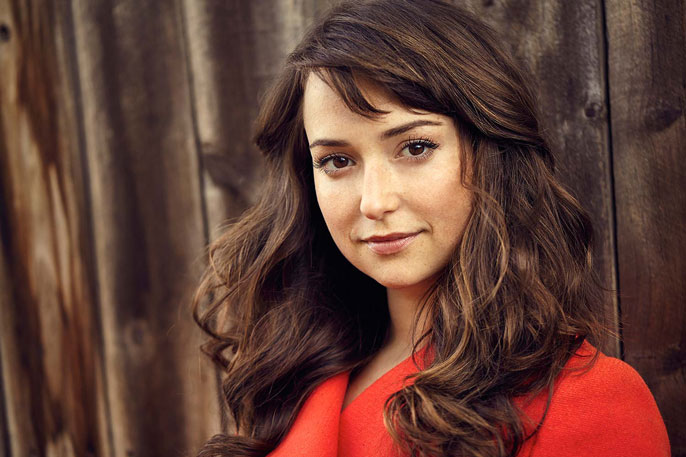 So, what's the truth? Who is she dating currently? Let's know all about Milana Vayntrub's affairs and relationship in this section.

Also Read: How Much Is Milana Vayntrub's Net Worth? Know Her Earnings, Salary, And Career!

Entering into show business at the tender age of 7 must have been tough. Being surrounded by cameras and fans at all times might have been annoying at times. Especially during times, one wishes to keep their personal life private.

Milana might have had and might still be having trouble with this issue. But surprisingly, "Ghostbusters" (2016) actress Milana seems to be handling everything more than perfectly.

Amongst all her fame, she even finds time to be philanthropic.

After the failed relationship with singer John Mayer back in 2007, Milana has not been linked to anyone.

Back in 2016, Milana shared a post regarding her relationship and her boyfriend, with the caption:

"I'm more scared to introduce my boyfriend to you guys than I am to my dad, and my dad likes to tell the story of the one time he cut a guy's ear off."

I'm more scared to introduce my boyfriend to you guys than I am to my dad, and my dad likes to tell the story of the one time he cut a guy's ear off. photo by: @jessrona

Since then, no news on her relationship has arrived.

As of 2018, no reports on Milana Vayntrub's dating or relationship are out. Even though some rumors claim Milana to be secretly married, she has not opened her lips to the issue.

We can only imagine a hottie like Milana must have had a string of lovers and admirers.

In 2006, Milana was reported to be dating New Light (2018) singer John Mayer. They were dating with her relationship talks going higher on the Internet until they broke up after a year of dating in 2007.

No news of her having another boyfriend or her being seen with any cute guys have surfaced on the tabloids. Though, she is seen with some of her lady friends sharing cozy moments which led to the rumors of Milana being a lesbian.

Ode to @BeckyHair for the cut that's made me so damn happy. #triller

It is true that she has never publicly spoken about her orientation, but speculations are running high and wild that Milana is interested in making girlfriends rather than boyfriends.

Is Milana Vayntrub a Lesbian?

Milana has been attending red-carpet events and parties for almost all her life. But she has hardly ever sought company for such events. She always appears alone.

And the question revolves around her, isn't she dating or is she lesbian?

Back in July, Milana shared a throwback photo of her at the 2010 ComiCon. and looks rather raunchy in the photo. Take a look at yourself.

#tbt Comic-con 2010. I was an intern, selling t-shirts and bothering attractive people

Though so far, Milana has not admitted herself as a lesbian and on the other hand, neither has denied the issue.

In this modern era being lesbian isn't a crime, however, ya all know about the fan's fire of curiousness. Hope the answer will be out soon.

Also read: Milana Vayntrub's Net worth and her career

Who is Milana Vayntrub's ex-boyfriend?

Milana Vayntrub is rumored to be a lesbian.

Till then, we wish Milana the best for further.