The relationship between Johanna Braddy and Freddie Stroma had been someday the top stories for several news channels. However, after years of their relationship, the story about them has reappeared happily on a positive note. This year, 2017 has started off pretty great for the couple as they got married after a longtime relationship with each other.

Johanna Braddy had her first meeting with Freddie Stroma while filming season 1 of the lifetime hit reality romance series UnReal. Firstly, their relationship started as friends, but later they have been spending a lot of time together and subsequently, they started their affair when Freddie Stroma proposed Braddy. 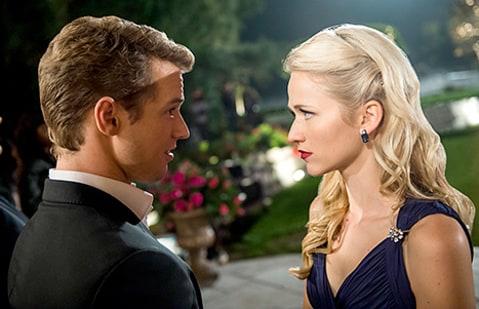 Though their characters didn’t return for the second season, their love continued to blossom offscreen. It was both a surprising and happy moment at the same time for the audience when the UnReal actors were reportedly dating each other from the reel life to real life.

Can't wait to be working in the same city as this guy! Thanks to @abcnetwork H.G. Wells + Shelby = #shells ? @abcquantico #timeaftertime #Quantico #FreddieStroma

After being in the longtime relationship with each other the couple soon made their red carpet debut as an engaged couple in the May of 2016. Johanna showed off her gorgeous sapphire and diamond engagement ring in that event saying that she got engaged with Freddie Stroma.

This is the same engagement ring that was put in Braddy's finger by his loving boyfriend Freddie Stroma. Congratulations to the lovebirds!! Within seven months of their engagement, Johanna Braddy got married to Freddie Stroma on 30 December 2016, both are at the age of 29.

The marriage ceremony was conducted at The Stables at Foxhall Resort and Sporting Club in Atlanta, Georgia. Isn't it so sweet that Johanna’s mom, Jo Beth Braddy, planned the entire ceremony and reception with her daughter?

Having been in a relationship for a long time, the love and passion between the couple seem to be exactly the same as it had been during the starting years of their relationship. They are leading a happy life together both in personal and professional ways.

Let's hope the couple doubles their happiness when they welcome a new member to the family. All of their fans want to see them succeed in whatever they do and we are no exception. We wish them all the very best for their future both in personal and professional life.