It amazes us how a working mom can keep a perfect balance between her work and family which is not an easy task to do. We have seen and heard a lot of news regarding relationship failures which in most cases happen because one cannot keep a balance between professional and personal life. To some level, we must admit that the support and assistance of the husband play a very important role to keep things in place for any working mother.

Stephanie Ruhle is a perfect example of a lady who has been showing great dedication in her career since the beginning. Moreover, her married life is also going well.  She is a mother of three kids and she is handling everything perfectly. Let's get the details about her marriage:

Stephanie was a banker before she became a media reporter. Although she didn't find content in her previous position(which is why she changed it), there's one thing that happened well in her life because of her involvement in the banking sector. She met her husband Andy Hubbard in one of those training programs. Stephanie and her beau haven't talked much regarding their love life prior to their marriage, but their post-married life is awesome.

Must Read: Andy Hubbard's Wife Stephanie Ruhle's Net Worth: Know About Her Salary, Career, And Awards

The loving couple has three children altogether making them a complete family of five. The pair has two sons, Harrison and Reese, and a baby girl named Drew. 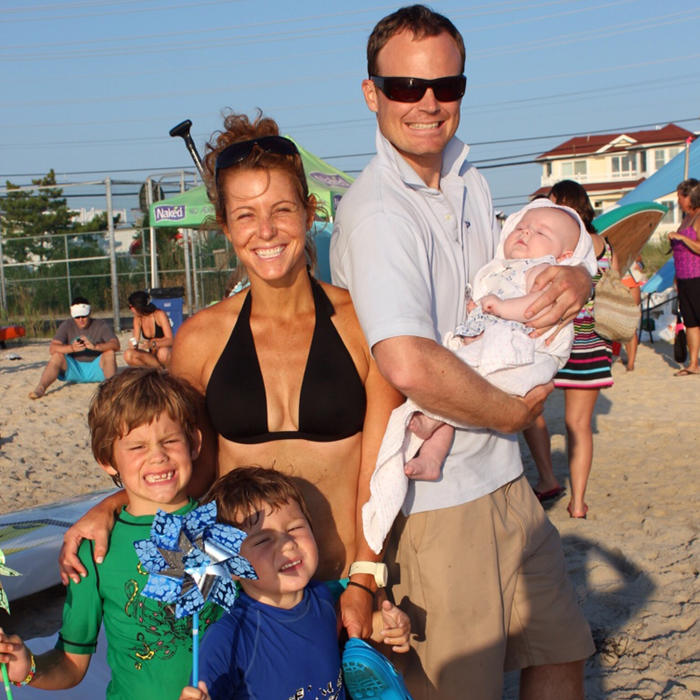 Stephanie Ruhle with her husband and three kids

As we all know that Stephanie is a well-renowned and established reporter, and her working schedule is very strict and tight. Although she has a very hectic profession, she makes sure not to bring her work frustration home. She has been doing great in her role of being a mother as well as a wife.

Dear @msnbc - I forgot how to get back to NYC... looks like I'm gonna be shipwrecked with this crew threw Labor Day #nevercominghomesorry #lbi2017 #4thofjuly

We have seen a lot of marriages of working mothers fail due to their inability to maintain a healthy relationship at home. However, Stephanie is doing her job perfectly which makes us want to praise her. Not many can do what she is doing.

Undoubtedly, Stephanie’s husband Andy has been very supportive of her since the beginning. When Stephanie switched her career, her spouse was totally with her. His support did pay off as she got the opportunity to report on air right on her first day at work. He talked with Today and said:

What did shock me is that the first day of work at Bloomberg, she went there, and I thought they were gonna train her for weeks and months. And she was on air the very first day and never looked back.

Watch what Stephanie Ruhle has to say about her Instagram story:

This is how amazing Stephanie Ruhle’s life has been as a mother, wife, and reporter. We truly respect who she is today and how gracefully she is handling the various aspects of her life. She is a bundle of inspiration to all the women out there.

Who is Stephani Ruhle married to?

How many kids do Andy Hubbard and Stephanie Ruhle have?