Are Keith Zubulevich & Nancy O'Dell Still Together? Know About Their Relationship And Married Life Keith Zubulevich was married to Nancy O'Dell, age 52, in June 2005 but they are not together now. Most of the news channels think that the reason behind the divorce of Zubulevich and O'Dell is the audio track of Donald Trump. Well, do you also think the same? Hold your thought on that.

The Entertainment Times host and the business executive sealed their bond in Santa Barbara, California at the Bacara Resort & Spa with 65 guests which included Dr. Kirk Lawton Jr. (O'Dell's uncle) officiated the ceremony and the vows were exchanged. Scroll down to know everything about Zubulevich right below:

Keith Zubulevich, age 49, and Nancy O'Dell exchanged the vows in front of 65 guests, but 141 months bore that ceremony the duo were seen with each other in a security line at Burbank's Bob Hope airport.

But, Zubchevich has two sons Tyler and Carson from his previous marriage and shares a daughter Ashby Grace with O’Dell. Zubulevich and Nancy O'Dell separated after more than a decade of marriage but still, they share a perfect bond, but as a friend.

Even though the reason behind the divorce is not revealed by the couple, we know that O'Dell is very close to their kids and she wants joint custody of their child. 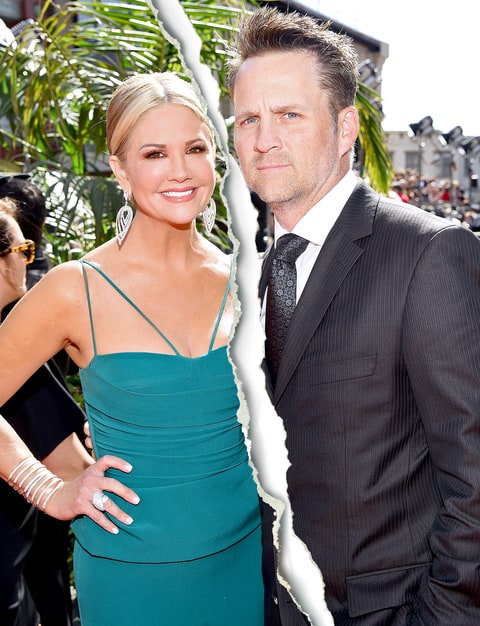 After their divorce was finalized, there was a news about Donald Trump and Billy Bush discussing women in a 2005 leaded recording and one of the women was Nancy O'Dell. When asked the couple if the reason behind the divorce was Donald Trump, they denied.

See the Video that we were talking about.

O’Dell addressed about the leaked video on her show on Entertainment Television saying:

“I released a statement on Saturday and I truly mean what I said. There is no room for objectification of women, or anybody for that matter, not even in the ‘locker room.’ The conversation has got to change because everybody deserves respect no matter the gender or setting. And as a mom, well I have to add that our kids — especially our young girls — need to know that their hard work, their achievements, their intelligence, their heart, are most important. And those things will not go unnoticed.”

Keith Zubulevich and Nancy O'Dell are divorced but still shares a good bond and connection as a friend.

Now she is preparing for the Grammy's and has tweeted about it too.

? At rehearsal for #GRAMMY Red Carpet Live show w/ my @KevinFrazier Tune in 2morrow on @CBS network at 4:30pm to see the red carpet lead-in to #Grammys telecast

All those pictures shared on Keith Zubulevich's Instagram clearly shows that she has moved on and is now completely focusing on her professional career.

As we have already mentioned above, Nancy and Keith, the former husband and wife, are no more together. However, their divorce has not yet been finalized officially.

Following an undisclosed conflict in their relationship, Nancy first filed for legal separation from Keith in September 2016. Following this, in November 2017, both of them filed for a divorce, which is yet to be finalized.

Entertainment Tonight's Nancy is currently 52 years old. As of 2018, she has a net worth of around $16 million. Paul O'Neill said good-bye to his love Nevalee O'Neill. What were the reasons behind it? Who is Grayson Hunt Urwin Boyfriend?Know about her Affairs and Relationship