Kiara Advani and boyfriend Mohit Marwah were in relationship but splitted Kiara Advani since the day she has stepped in Bollywood has been able to collect a huge number of fans. But Kiara's personal life is quite a secret to her fans. Till now she has been seen having an affair with boyfriend Mohit Marwah. With whom she later broke up.

Kiara Advani and Mohit Marwah were linked with each other for quite a long time. There was an assumption that this couple will get all way long but later there came the news that Mohit dumped Kiara. Mohit now is said to have a new girlfriend but what about Kiara?

Kiara Advani and Mohit Marwah dated for quite some time. The main reason this celeb got close and emotionally attached was because they spend pretty long time filming for the movie 'Fugly'. Working opposite to each other they developed a kind of bond which led them falling in love. Later as the rumour of this couple romance was roaring up there came to the breaking news that Mohit Marwah dumped Kiara Advani. The reason behind the Mohit left Kiara was for another girl. He was linked with another girl who is unknown to everyone.  As Bollywood spice said the mystery girl to be his next co-star but is still unknown.

#throwbackanyday missing this city, this cafe ??

According to Bollywood life, Kiara Advani and Mohit when attended the Karan Johar's birthday celebration were thought to be there as a couple. People suspected that there was something wrong with them and later came to know that they weren’t couple anymore. 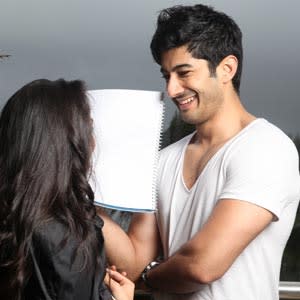 "Kiara Advani and Mohit Marwah looked extremely chilled and relaxed. However, around midnight Mohit left Kiara and was seen chatting up with another girl who didn’t seem to be an actor. Kiara who was by his side seemed a bit miffed and walked out of the party. She didn't seem too happy that Mohit left her to get chatty with another girl."

Is Kiara Advani dating someone currently?

Kiara Advani after being left by Mohit Marwah seems quite reserved by herself.  Kiara's news of dating someone or having boyfriend can be hardly heard. Kiara also falls under the group of celebrities who prefer to keep their personal life low profile.

However, we could hear Kiara Advani having a different bond with the young star Varun Dhawan.  They were seen really close in many of the events the attended together along with other star friends. The video of ">Kiara Advani's ENTERTAINING Rapid Fire on Varun Dhawan also went very viral.

#throwback wearing @rohitbal_ for the crystal launch with the man himself ???? pic.twitter.com/ZMYX8wn1mk

Through this video too people assumed that there may be something unusual in the friend relation they were having. Nevertheless, no o