FamousStardom https://famousstardom.com/
Home Gossip What is Lara Spencer' Ex-Husband David Haffenreffer Doing Now? Know about his Career and Net Worth

What is Lara Spencer' Ex-Husband David Haffenreffer Doing Now? Know about his Career and Net Worth David Haffenreffer is an American-born former CNN journalist best known as the ex-husband of American news correspondent for Nightline and ABC News Lara Spencer. The pair got married back on 30th September 2000 and have two children together. They were married for 15 years until they decided to call it to quit in 2015 and got a divorce on 18th June 2015. As a journalist, he hosted the show Ahead of the Curve which aired on CNN. After the divorce, Lara married wall street financer and multimillionaire Rick McVey, who is the CEO of online bond trading company Marketaxess Holdings Inc. and a millionaire many times over.

Born on 2nd August 1967, 54-year-old  David is currently working as a real estate broker for Houlihan's real Estate company and has gained success through the business. According to his Twitter page, the company he works in has been involved in 52% of the sales of homes worth more than $ 10 million in the Greenwich, CT, area.

David Haffenreffer owns a huge 4,200-square-foot home in Greenwich, Connecticut. David reportedly comes from old money. It is said that his ancestor established the Haffenreffer Brewery in 1870. They sold the company to the Falstaff Brewing Corporation in 1965 for over $17 million.

David Haffenreffer is a very confidential person and very little is known about him. His net worth too is unknown, and the precise details about his salary are also not known. However, David currently works as a brokerage manager for the prestigious real estate company Houlihan Lawrence in Greenwich, CT. The median annual salary of a real estate manager is said to be around $160,884, hovering between $136,522 to $185,565. 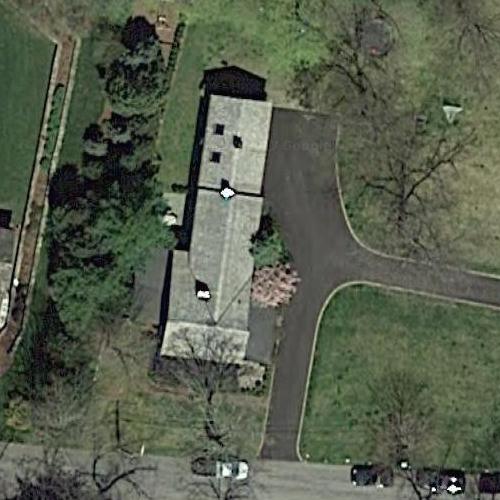 Meanwhile, according to sources, David currently lives in a mansion based in Greenwich, CT. The house is located in the Riverside section of the town.

David Haffenreffer worked in the financial news industry for 15 years. He worked for some reputed news channels like WABC-TV, WCBS-TV, News 12 Connecticut, and others one of them being CNN.

He started his career back in the later 1990s as an anchor and soon became a popular television personality. Later, for some reason, he decided that it was not his cup of tea. After 15 years of working as a journalist, he started working for Prudential Connecticut Realty as a real estate broker followed by Sotheby's International Realty. David is currently involved with Houlihan Real Estate. He also runs a blog titled Greenwich Digs Real Estate Blog.