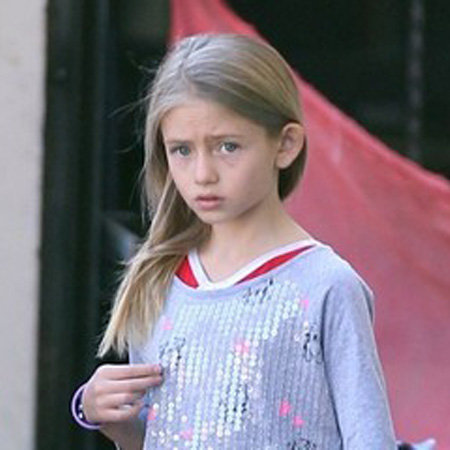 Leni Samuel was the first born child of German American supermodel Heidi Klum. Her biological father Flavio Briatore is an Italian Businessman. However, Flavio had no involvement during Leni's birth and had separated with her mom Heidi prior to her birth.

When Leni was 5 and half years old, her mother's then husband, musician Seal adopted her officially. Leni then got her last name as Samuel after Seal's last name.   Seal is just the stage name of the musician. His real name is Seal Henry Olusgan Olumide Adeola Samuel. Before 2009, Leni's  offical name was Helene Boshoven Klum.

Seal officially adopted Leni when she was 5 and half years old in December 2009. After the completion of adoption Seal was quoted stating that Leni always has been his daughter and he wanted Leni too have the same last name as his other kids and wife. She said he did not want his little girl to feel different because of a different surname.

Leni is often called by the media the Mini-version of her supermodel mother Heidi Klum.  Leni's exact lookalike of her mother and has defintely inherited her goodlooks. Leni is often seen with mom Heidi and siblings enjoying outings and acitivies. Though her official father Seal and mother Heidi Klum got divorced in 2015, Leni and her siblings are being raised equally by both the parents.