Fatherly love, a love that is beyond explanation. No love is greater than the love of a father to his son. The popular man, EJ is now under scrutiny after his dad said he was proud of his gay son.

Let's dig dipper to know how Magic Johnson, the father of EJ Johnson, really feels about his son. We will tell you all about EJ's life event here from today's column.

Before continuing this recital, we suggest you to first watch this video in which you find what Magic Johnson actually said about his gay son on The Ellen DeGeneres Show which is hosted by Ellen DeGeneres.

In the show, aged 57, former NBA star, Magic Johnson also advised other parents who have a gay child. You know what he said;

I think it's all about you not trying to decide what your daughter or son should be or what you want them to become. It's all about loving them no matter who they are, what they decide to do, And when my son came out, I was so happy for him and happy for us as parents. We love him. EJ is amazing. So you got to support your child because there are so many people who try to discriminate against them, so they need you to support them. Because if you don't support them, who is going to support them? And love them?

He also said to TMZ that;

Cookie and I love EJ and support him in every way," Magic told TMZ in a statement at the time. "We're very proud of him.

Wow! We find this very rare, Magic is an example of good parenting for sure. He is undoubtedly proud of his son. And Magic Johnson respecting his son's sexuality should surely set an example to all the stereotypical families.

In the April of 2013, aged 23 famous television personality, EJ Johnson was caught dating his unidentified boyfriend. They were seen together in various places.

Here's a picture of the couple laughing and chatting outside the Darby Supper Club in New York City. 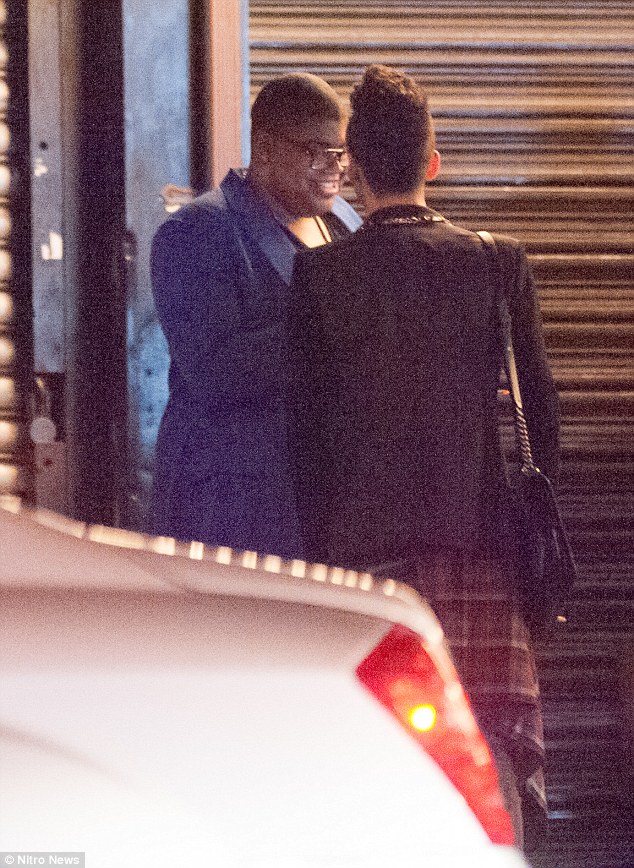 Initially, it was not confirmed if EJ is gay, neither did he confirmed that he was in a relationship with a boy. But later, when he revealed this fact to TMZ, it became one of the top stories for several channels.

After accepting being gay EJ told TMZ that he is hoping and praying for a positive reaction from his parents because his father once in an interview had said they support him in every way. And here it comes, his former basketballer father revealed that he is very happy and proud of his son though he is a gay. Wow! Just imagine guys, how might he feeling at this moment. We are too happy for EJ.

EJ is often seen wearing catsuits rather that other clothing, do you know why?

Let's wish him all the very best for his future and we hope he will soon get married to the one he loves. For more updates, keep in touch with us. Who Is Destiny Sierra? Who Is She Dating Currently? Know About Her Affairs And Relationship