Rudy Youngblood is an actor, dancer, musician, and artist who is a Native American and has been rolling high on his career. He has however never been married and is still single despite the success he has achieved in his career.

Rudy, who is a native of Belton, Texas, has been known best for his role in Apocalypto, a 2005 epic film. He played the role of Jaguar Paw in the film and the film which was about the ending times of the Mayan culture was a critical and commercial success.

Rudy Youngblood has been widely appreciated by fans and critics around the world for the role he has portrayed in the film. For the film, he had to learn the Yucatec Maya language and appeared as a perfect tribesman for the film.

This film, which had Mayan dialogues, made him really popular amongst fans. The best role he has had throughout his acting career has been this one and this has made him roll sky high in the acting fraternity.

After Apocalypto, he appeared in Beatdown as Brandon Becker and on Into the Americas as Toowin, but despite his success as an actor, he is still single. Rudy was once rumored to have had an affair up with Mariana Tosca but the relationship was never verified by the pair.

Rudy has no spouse and doesn't have any children. It seems that he is trying to focus more on building a more successful career rather than focusing on the details of his personal life. Fans of this actor can only hope that he lets out more insight into his personal life as soon as possible.

Recently, the Apocalypto star has been surrounded by a lot of controversies and many unknown facts have emerged. Stay with us to know about his arrest.

A California judge issued the order for actor Rudy Youngblood for threatening, cyberbullying, and harassing his estranged girlfriend. An Anonymous source reports that Youngblood aka Rudy Gonzales Jr. was summoned to court a month after his girlfriend filed a restraining order for excessive alcoholic abuse, womanizing, threats, and cyberbullying while exiting the relationship.

Legal docs filed saw Rudy Youngblood appearing in court in April 2017 following another civil harassment case in conjunction with this restraining order. Sources say that Youngblood was hospitalized for excessive alcoholic abuse in December while visiting his girlfriend. 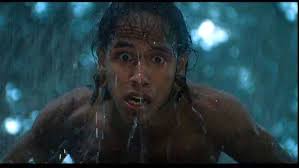 Rudy Youngblood's girlfriend then decided to end the relationship when he posted intimate photos and her personal contact number on Instagram in retaliation for her leaving. Youngblood threatened “to send people to her home to kill her and do his dirty work.”

He manipulated other women to harass her via phone calls and voice mails, which then prompted the girlfriend to file a civil harassment case. Currently, Rudy Youngblood has left the state of California and has been traveling surrounding areas of Miami, Florida, where a recent arrest was made for disorderly intoxication and another incident where he was shortly detained and questioned in a Courtyard Marriott hotel as a young woman was severely hospitalized while staying as his guest.

Information regarding this story is still pending but, it looks like Rudy Youngblood allegedly assaulted a disabled woman and she nearly died in Kendall Regional Medical Center.

It would appear Rudy’s no longer running from Jaguars in the Mesoamerican rainforest, fleeing from sadistic tribesman from captivity and destruction, it seems that he is the predator leaving collateral damage with any woman he encounters. A once highly looked upon “Jaguar Paw", now just a cat hiding from the truth!

This is not the first time Rudy Youngblood has manipulated and violated women. He dated 9 women in 3 states simultaneously. Youngblood has a deep dark past that stretches over a decade. He has threatened many people in his personal life and with business relationships.

He has been on a downward spiral from his recent movies in conjunction with his personal life. Rudy has conned people domestically and internationally for the last several years, up to $20,000. He has put several movie productions in jeopardy and caused delays in their progress.