Charles David Todd, professionally known as Chuck Todd is an American television journalist, the 12th and current moderator of NBC's Meet the Press. 46-year-old Todd being in a controversial jab with President Donald Trump is not a new thing. In March 2018, he responded to Trump's 'son of a b**ch' stating that the vulgarity creates challenges to parents.

However, it can't be denied that Chuck Todd has not kissed the pinnacle of success. Working as a journalist for NBC for over 10 years, Todd has earned a lot of fame along with his current net worth of $2 million. Want to know more about his earnings, career, and controversy? Stay with us.

In 2017, NBC's Chuck tweeted during President Trump‘s Thursday press conference. To all the plans and new rules implemented by Trump, Todd slammed saying he is Un-American.

The main reason is believed that Todd found Trump’s constant delegitimization and labeling the press “fake news” the most dangerous aspect.

“I’m making this presentation directly to the American people with the media present — which is an honor to have you this morning — because many of our nation’s reporters and folks will not tell you the truth.”

"And will not treat the wonderful people of our country with the respect that they deserve.”

Chuck was so mad at Trump's conference that he tweeted,

This not a laughing matter. I'm sorry, delegitimizing the press is unAmerican

I thought that tweet was one of the most foolish things I’ve seen from the media in a long time. That’s pretty low bar there.

Regarding the issue, Trump tweeted:

When will Sleepy Eyes Chuck Todd and @NBCNews start talking about the Obama SURVEILLANCE SCANDAL and stop with the Fake Trump/Russia story?

However, it is not the first time, as Trump already clashed with Chuck Todd earlier.

As reported Donald Trump referred him as the 'son of a bi**h' at  a Pennsylvania campaign rally for congressional candidate Rick Saccone, in March 2018, to which Chuck responded as a bad impact on kids as:

I bring my kids up to respect the office of the presidency and the president. I don’t allow them to say anything negative, ever, about the president. It creates a challenge to all parents when he uses vulgarities like that.

Let's hope the round-up of their conflict comes to an end.

Chuck Net Worth and Salary

Born in the middle-class family with his Jewish parents, Todd started his career in journalism in 1992 as an editor-in-chief in National Journal's The Hotline. And it took him 25 years to reach in this position and to achieve such a success in his professional life.

As of 2018, Chuck has a net worth of $2 million which includes all of his beautiful house in Virginia, his expensive car and salary that he receives from NBC News.

Chuck's annual salary is about $220,00. He lives in his house in Virginia with his wife  Kristian Denny and two children. His personality and appearance give us hints about his luxuries life.

Chuck Career as a successful Journalist

Todd worked for the 1992 presidential campaign of Senator Tom Harkin (D-Iowa) and that was the start of his career.

After graduating from George Washington University in political science, he joined The Hotline. He worked there for six years. 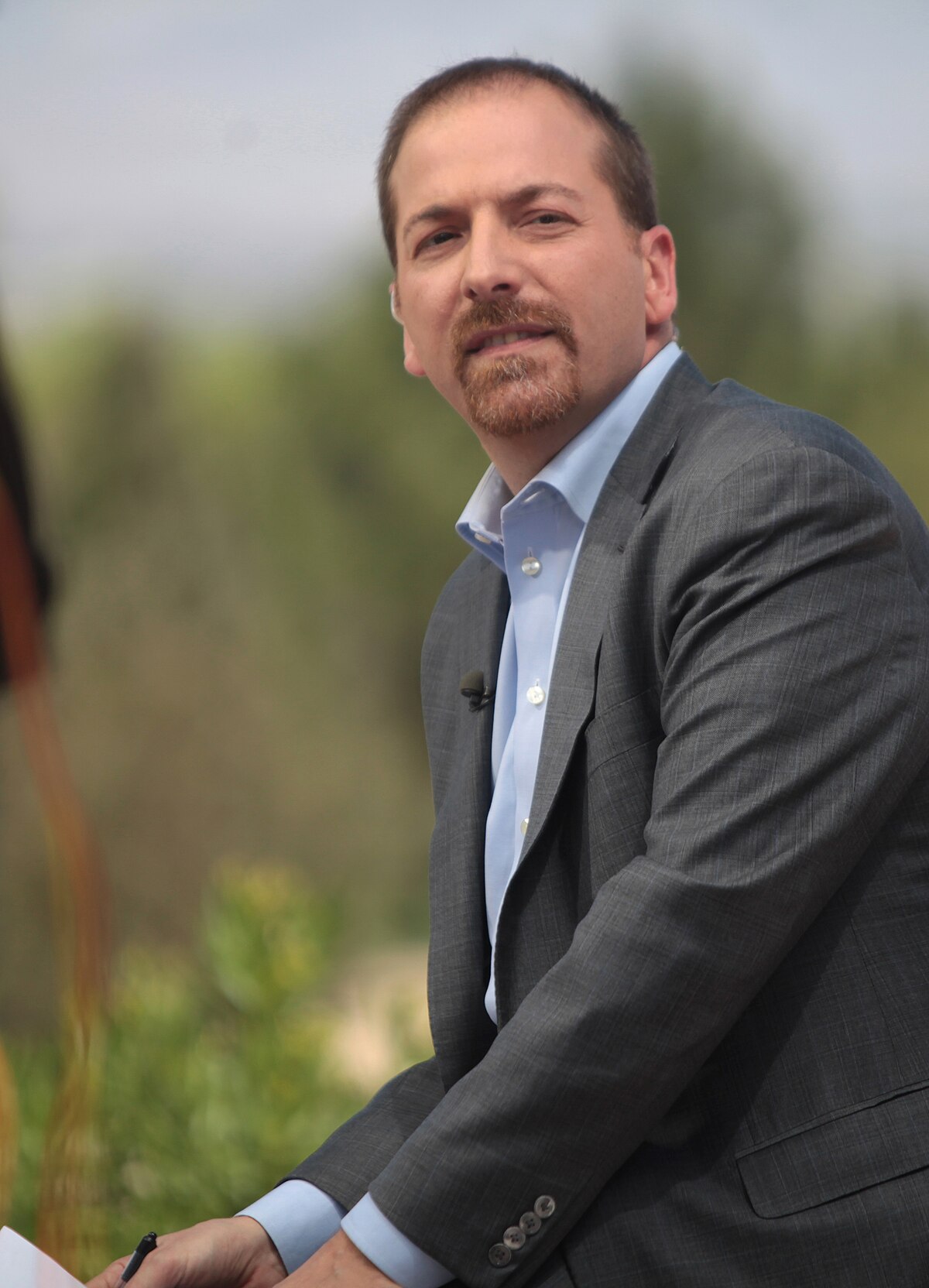 In December 2005, Todd was featured as one of Washingtonian’s Best Of Journalists. On March 12, 2007, Late American journalist and lawyer, Tim Russert brought Todd to NBC from The Hotline impressed by his work.

Just after the death of Tim in 2008, Chuck was a candidate for the replacement as the host of NBC's Meet the Press. But, unfortunately, David Gregory got the job.

On the same year, Chuck co-authored a book How Barak Obama Won after the presidential election. All the facts and truth of the election are written analytically in the book.

Later on, NBC announced that Todd would succeed Gregory as NBC News Chief White House Correspondent, with Savannah Guthrie as a co-host on December 18, 2008. In August, he was also the Contributing Editor to Meet The Press.

Currently, Chuck is working on NBC's daily political show MTP Daily. We wish for his better future and successful career.