Two times Emmy winner Michele Tafoya is married to Mark Vandersall. Vandersall, who is Ameriprise Finance’s private wealth advisor, tied the knot with NBC sports reporter Tafoya in the year 2000. Despite being married for so many years, Tafoya and her husband Vandersall are on good terms without any hints of a divorce.

Find out more about the couple.

Tafoya got hitched with her financial advisor husband among close friends and family. Even though Tafoya is known by her maiden name, her legal name is Michele Tafoya Vandersall, which she changed soon after being married to Mark. The couple is the parents of two children together.

Must Read: Michele Tafoya Salary, Net Worth, And Career As Sportscaster

Tafoya, who is a mother of two gave birth to Vandersall’s first child in the year 2005. A few years later, the Vandersall couple adopted a baby girl. 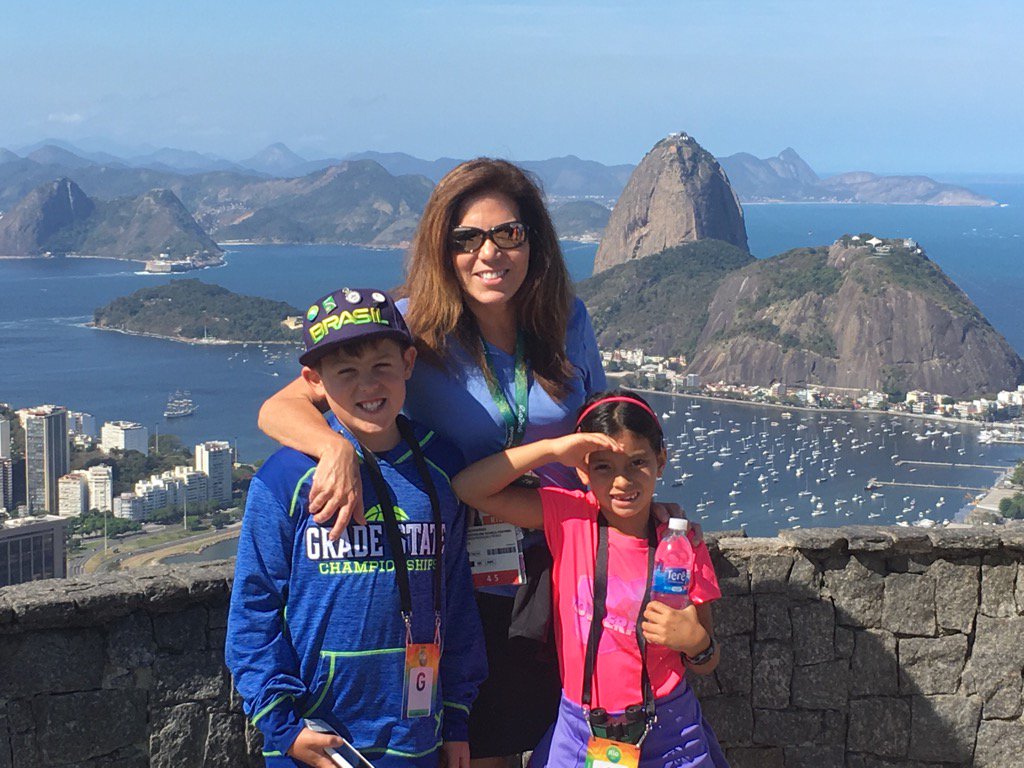 CAPTION: Michele Tafoya with her kids

You will be shocked to know that Tafoya’s had to bear four miscarriages before giving birth to her first baby boy at the age of 40.

Michele Tafoya left her work to give time to her family

We must all agree that Tafoya is a very hardworking woman. She has been very successful in her career along with taking good care of her family. In 2008, she stopped working at ESPN. Similarly, in 2012, Tafoya left her radio talk show. The reason behind such an intense decision was her family. Yes, you read it right. Tafoya left her work so that she could give more time to her family.

#TBT
The suit should illustrate how long it's been since I covered the @NBA.
Left it to hang out more with my family. pic.twitter.com/6l3V7QpQuv

Tafoya feels blessed to have a husband like Vandersall. She never fails to praise him. During an interview with ModernMom, she said:

I’m hoping that now I’ll find a better balance because it wasn’t the best thing for my family for me to be working too much. Some people have to work two or three jobs to stay afloat and some moms are single moms who have to do it all. In my case, I’m very lucky – my husband works and I both work so we have a two-income household. We were very fortunate that I was able to slow it down.

The one thing I always tell myself when I come home from work is that I have to be a mom. It’s not the kid’s fault if I’m stressed and I’m exhausted- that’s not their problem. So I just tell myself – ‘I can do it, I’m a grown-up.’ I just turn on the mom mode and have fun.

Her relationship with her husband is going really well. Despite being married for so many years, she has never cheated on her husband. Similarly, her darling husband has also been very faithful toward his wife. That’s why there are no rumors of divorce between this couple.

What do you think about Michele Tafoya and Mark Vandersall’s relationship? Please leave a comment below. Find Out Rick Cosnett's Net Worth, Car, And House Along With His Career