FamousStardom https://famousstardom.com/
Home Gossip Net worth and salary of Princess Love set to soar as her career is slowly but steadily on the rise Ray J is quite renowned for his music, but a part of his fame also goes to the sex tape where he and his former girlfriend Kim Kardashian are the stars. Although Kardashian is a household name in the reality world, Ray-J’s wife Princess Love is also a known face in the field of reality shows.

Although she is not as famous as the Kardashians, her career is rising steadily. She has an estimated net worth of $2 million. With the upliftment of her career, her net worth and salary are sure to soar as well. Find out the details:

American model and TV personality Princess Love is an Oakland, California born lady. Among her various works, she is most widely known for her appearance on ‘Love & Hip Hop Hollywood,' a renowned reality TV show.

She has also appeared in magazine cover such as ‘SMOOTH magazine.'

Princess Love was a stripper

Before being a famous reality star and the wife of Ray-J, Princess Love was a stripper. She used to work at Las Vegas club as an adult dancer and stripper. 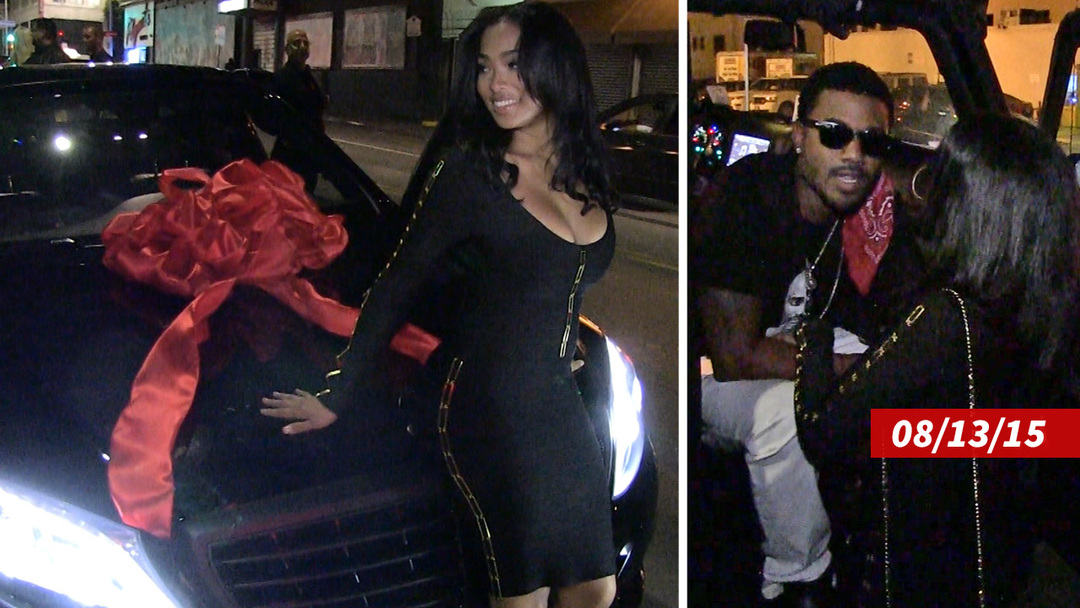 When Ray-J gifted the super sexy car to his wife, Princess Love

Her past hasn’t really affected her present, but her fans from Love & Hip Hop Hollywood once thought that her current name was her stripper name. However, her name Princess Love is actually her real name.

If you are one among the 1.1 million followers of Princess on her Instagram, you might know how exclusively rich life she lives. Her social networking account is filled with her vacation photos and her everyday activities which will make any girl super jealous.

I still don't understand why everyone at the pool was looking at me crazy. How else was I suppose to bring all the groceries to the pool party?? Lol @slayedbyjtavar @donovanlamar @hollylarry_ @__jcs__stonecold @dasixfoota

Princess’ wardrobe also appears to be very expensive and branded. She is never spotted in shabby clothes.

Her jewelry collection is also something to be talked about. Once, she posted a photo where she is seen wearing a shiny gold choker and even mentioned '@itsrichgirlz' for her choker. Damn! The name says it all. Moreover, her faux fur coat also had a similar buckle, and she didn’t forget to show off her shiny diamond ring.

Princess Love might have also been a star overnight if her sex tape had been leaked just like Kardashian. Yet, she chose fame by working hard and building her social image. $2 million net worth is really huge for someone whose money is still rising steadily. However, we shouldn’t forget her husband’s whooping money which is $6 million at present.

For more entertainment keep in touch with FamousStardom.