Paris Berelc, popular for her role as Skylar Storm in Disney XD's hit comedy action series Lab Rat: Elite Force has successfully established herself as a teenage sensation with her extraordinary performance and sizzling personality. This gorgeous Berelc never fails to make people look twice whenever they see this stunning beauty.

Let's learn their love affair and dating life in detail. Just stay with us.

Paris Berelc Confirmed Her Relationship: Jack Griffo Is Her Boyfriend

They said that the Disney and Nickelodeon stars don’t get along, but it's obviously not in the case of Jack Griffo and Paris Berelc.

The Lab Rats: Elite Force actress, Paris Berelc and Thundermans star, Jack Griffo had been surrounded by the dating rumors for past few months as the Nick guy thrown a surprise party for Berelc's 18th birthday last month, however, none of them officially confirmed that they were dating at the time.

Here're a couple of the moments of her birthday party she shared through Instagram. Check it out.

Part 1 // I am so incredibly blessed to be surrounded by the greatest people in the world. My family and friends gave me the best birthday gift I could've asked for... them. For all of them to be in my life is a gift to me. I cried probably 4 times last night because the amount of love I felt and they give is so amazing. I can't describe how much I love each and every single one of you. Thank you guys for being a part of my life.

But recently, the 20-year-old confirmed the rumor true by revealing that he is having a romantic love affair with Paris Berelc.

He announced their relationship on 4 February 2017 by posting the picture of a welcome-home note Paris left him after a recent trip. The note read;

I love you. Welcome back, my love -Paris xoxo

Yea it's good to be home pic.twitter.com/0CoGX7s0Qg

Next day, Berelc threw in her own confirmation tweet and told fans how she and her boyfriend went to a concert together the night before. Check out the tweet.

Both Jack and Paris also used to share numerous pictures of them in which they look romantically engaged with each other.

Here's one of those pictures, check it out.

Jack is also seen posting the single photo of his girlfriend to express his love for her. Check out one of those.

I'm wherever you are , I'm proud of you xoxo

These two love birds openly express the love for each other through social media sites, they are even often seen spending quality time together.

We wish all the very best for the couple and we hope they will get married in future!!

Past Love Affairs And Relationship of Paris Berelc And Jack Griffo

Prior to Jack Griffo, Paris Berelc dated several men. Firstly, she got involved in a romantic relationship with the Lost actor Aramis Knight. The couple began dating in 2014 but unfortunately, they broke up after two years of dating. The reason behind their separation was stated as Aramis cheated on Berelc with another girl. In this regards, Berelc had shared a tweet. Check it out.

After they broke up, Berelc eventually went on to date another American actor Peyton Meyer in 2016, however, in the following year, the couple split.

On the other hand, Jack too previously dated some renowned celebrity in his past. Firstly, he dated an American actress Kira Kosarin in 2012 but in the same year, the couple split.

Besides, he also dated other two actress Ciara Bravo and Ryan Newman. After separating from the respective partners, Berelc and Jack are enjoying a romantic relationship.

We wish them all the very best. 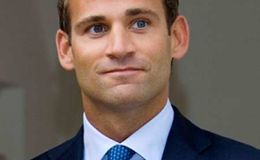