FamousStardom https://famousstardom.com/
Home Gossip Portia De Rossi desperately wants to be a mother and she is willing to take drastic measures How far can a person go in order to fulfill their dream of having a family and kids? Well, seems like 43-year-old Scandal actress Portia De Rossi might possibly abandon her current family to have another family where she will be a mother to her own child.

De Rossi is currently married to her wife Ellen DeGeneres. DeGeneres is a famed stand-up comedian, producer, actor, and an author. DeRossi came out as a lesbian in 2005 whereas DeGeneres did so in 1997. The duo started dating since 2004 and got married four years later.

This power duo always seems to portray a happily married couple. But all is not well yet again between the pair. The reason again is- kids.

De Rossi has always dreamt of starting a family ever since she got married to DeGeneres. But 58-year-old DeGeneres stands firm on her opinion of having a child-hassle-free life. 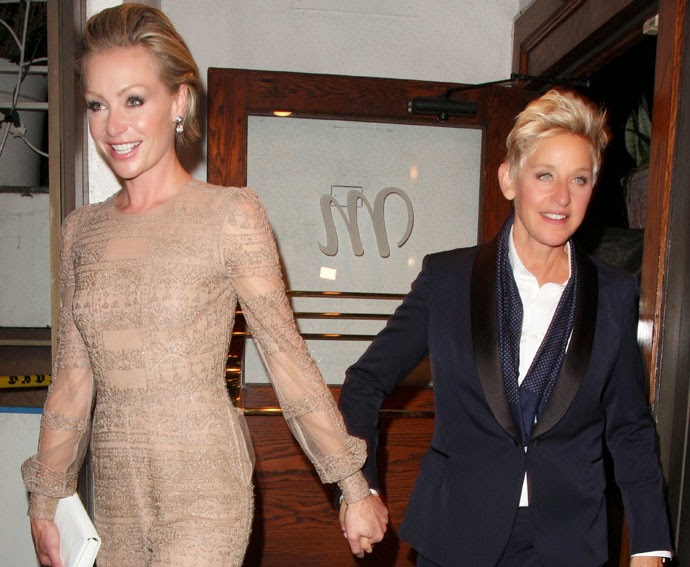 Inside sources reveal that DeRossi has done everything from her side to convince her wife to come on board of the idea of a child of her own. But she is not budging. And neither is DeRossi. Close acquaintances fear that DeRossi wanting a bigger family so bad might actually break what they have right now.

DeRossi is known to be daring and bold. She has overcome a lot of turmoil in her past. Whether it is her eating disorder or opening up about her sexual orientation, she has handled herself well. So, she wouldn’t mind taking drastic measures to have her way this time, even if it means having to part her ways away from her wife. This beauty seems sincerely serious about her wanting to be a mother. And fans and well-wishers all over fear that this fairy tale couple might actually divorce.