Married life and relationship may not go as we expect, some may turn up the worst like the relationship of NYPD Blue actor Ricky Schroder. 52-year-old Ricky was married to his wife Andrea Bernard until she filed for divorce nearly after 24-year of marriage.

The couple sharing 4 children filed for divorce in 2016 just weeks before their 24th marriage anniversary. Probably, you are curious to know the reason for their divorce and their current relationship? What about their children and married life in the past? Let's know.

After Andrea Bernard, 46, filed for divorce on September 13, 2016, ending their 24 years of marriage and Ricky and Andrea doesn't seem to be on good terms.

However, their love for their children has kept their finalization pending. Well, even after the relationship breakdown, Andrea is still good with her children. Ricky's ex-wife has filed for the full custody of her 17-year -old daughter Faith Schroder, the rest other 3 being grown-ups. And talking about their current affairs, neither Ricky and Andrea are involved in any kind of relationship after ending their married life. Also, no rumors or hints on their current dating issues are out.

Curious to know, how their love-life as husband-wife remained and the reason for the divorce? Let's dig in.

48-year-old Ricky Schroder famed for his work in Silver Spoons (1982) and Lonesome Dove (1989) met Andre Bernard in 1991 while filming the television movie Blood River in Canada.

At the time of their first meeting, Andrea was only 19-year-old. It was love at first sight for both but kept themselves friend-zoned at first. Later, Ricky and Adrea's friendship turned into a serious relationship.

24 years ago today Andrea and I became best friends...and then so much more. Ours is a love that grows.

After dating for years, Ricky and Andrea took their relationship to another level and got married on September 26, 1992.

As reported, Andrea is an interior designer and was a contestant on Top Design on Bravo. While her Instagram bio also defines her, as a candle maker and perfumer.

Though, the details of their wedding and the guest's list is still in the shadows. The Golden Globe winner Ricky and Andrea also made up to the family goals as they welcomed 4 children together.

Their youngest daughter is known for the TV show Growing Up Supermodel. CAPTION: Ricky and Andrea with their children SOURCE: Reel Life With Jane

But the long journey for Ricky and Andrea to the family of 5 was not always joyful for them. They had to face many ups and downs during their life together.

In 1998 when Ricky took the role of Detective Danny Sorenson on NYPD Blue to work alongside David Caruso, Dennis Franz, James McDaniel, and Sherry Stringfield, his wife, Andrea was six months pregnant with their fourth child.

However, during her sixth month of pregnancy suffered a placental abruption causing their son Seth to die in the womb. They both were devastated by the loss and Ricky even took a short break and left NYPD Blue to be with his wife.

Another incident happened ten years after Seth’s death, their oldest son Holden nearly lost his life in a dirt bike accident. Holden suffered a significant head injury that required more than a year of rehab and still resulted in hearing loss.

Despite those heartbreaking incidents Ricky and Andrea faced as parents, they held strong as husband and wife.

In 2008 Andrea told People that it was the friendship that she and Ricky had that kept their marriage strong, but the whole scenario somersaulted 8 years later

The Silver Spoons star and his wife called quits on their 24-years of married life. According to TMZ Andrea filed for divorce in Los Angeles citing irreconcilable differences on September 13, 2016.

She has asked for the custody of the youngest daughter Faith who is still a minor, with visitation allowed for Ricky. 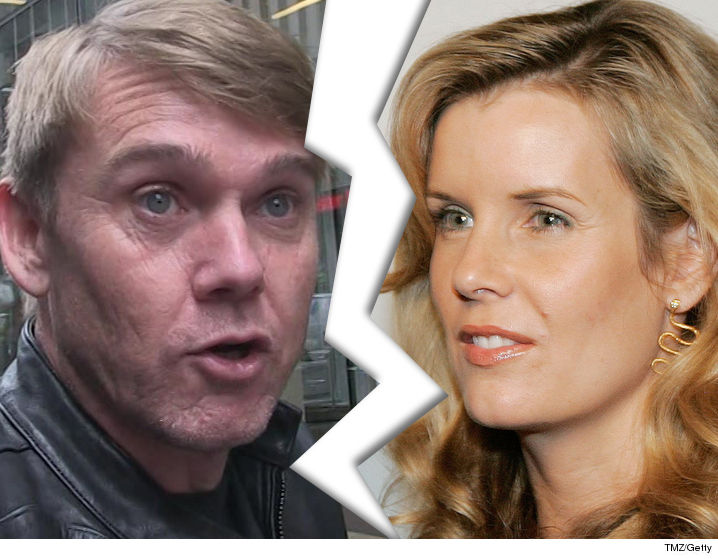 Ricky has agreed to the term that his wife has set and according to the reports the actor will not be requesting spousal support.

As a fact, the couple separated in June 2016 and the divorce was filed a few weeks away from their 24th wedding anniversary.

Also in March 2018, the former couple listed the last vestige of their marriage, a Malibu mansion. The 1,250 square feet property with 2 bedrooms and 2 bathrooms was put on the market for the asking price of $5.45 million. The further details are yet to arrive.