google-site-verification=4bnk62g9xhmen0Se9pbgReGBNe8HpbDkFVsASL89gTk Russell Brand Discussed About his Marriage to Katy Perry; Know about their Married life

Russell Brand Discussed About his Marriage to Katy Perry; Know about their Married life An English comedian actor, radio host, author, and activist, Russell Edward Brand discussed his short-lived marriage with his ex-wife Katheryn Elizabeth Hudson or Katy Perry in an interview. Russell and Katy's marriage did not last more than two years and the couple got divorced.

The fourteen times People's Choice Awards Winner and four Guinness World Record Holder, Katy dated John Mayer and Orlando Bloom after her divorce with her former husband Russell Brand. Russell is currently engaged with Laura Gallacher and the couple is the parents of a beautiful daughter.

However, Russell says he feels "very warm" towards Katy in his interview. Russell revealed all about the reason behind his divorce with Katy.

Must Read: Katy Perry had an affair with Music Producer Benny Blanco? Find out her affairs.

This weekend Russell made his return to Radio X Show where English comedian and actor, John Bishop was Russell's first guest.

And in the show, Russell was asked about his unsuccessful marriage with Katy. And Russell said,

“Well, thinking about it now I must have been conscious on some level that it would be very challenging if there were external influences to the marriage.”

“Katy was obviously very, very occupied and very busy. I was occupied and busy. Not to the same degree, I recognise, Obviously the marriage didn’t last for a very long time and I think that is to do with the undulating nature of fame.”

And Russell concluded share his feeling towards his ex-wife Katy saying,

“I still feel very warm towards her. I feel like when I hear about her or see her, I think ‘Aw there’s that person. There’s that person in the world.’ But I sort of recognise it as a part of my life that was for a clearly delineated piece of time.”?

Must Read: Is Katy Perry married? Find out her married life and divorce rumors.

Must Read: Russell Brand confirms his girlfriend's pregnancy as he is going to be a father for the first time

Comedian Russell met his ex-wife greyish-blue eyed Katy for the first time at the 2009 MTV Video Music Awards. And soon the couple started

dating each other and they had amazing chemistry.

Russell Brand and his ex-wife Katy Perry married on 23rd October 2010 secretly in India in an Indian ceremony. Most of the couple's fans assumed that Brand might be the ‘it’ for Perry. But things did not work out as they were planned to be.

I like Russell Brand, but Katy Perry made a big mistake when she married him. Let's see if I'm right---I hope not.

Sadly, the couple got divorced on 14th July 2012. And more sad thing than that is their married life ended over a text. In a tabloid, Katy said,

"He's a very smart man, and I was in love with him when I married him. Let's just say I haven't heard from him since he texted me saying he was divorcing me December 31, 2011” 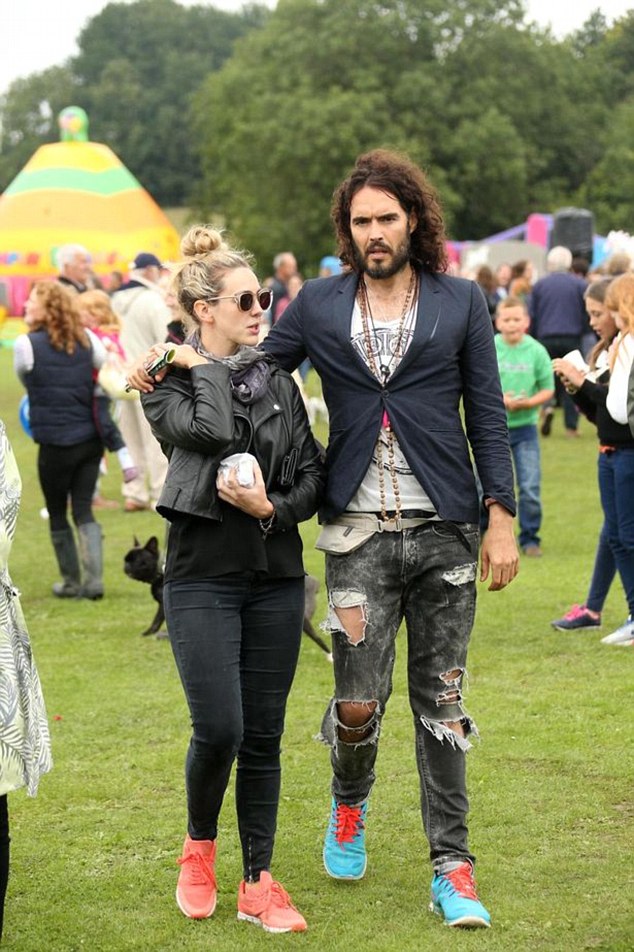 Russell Brand with his wife-to-be Laura 28 years Lily Collins spotted with a mysterious new date. What's up with her boyfriend Nick Jonas?