After two years of dating, the couple, Steffiana de la Cruz and Kevin James finally got married in 2004. Getting success in love, they jumped into married life. The couple must be over the moon to have tied the knot.

However, it's not Steffiana's only affair. She was previously in an affair with Chris Penn. From the start of 1993 till 1999, she was having a spontaneous time as a girlfriend and boyfriend with Chris.

Let's find out more about the couple's love affairs and their married life here in FamousStardom.

Steffiana and Kevin started dating starting in 2002. However, the couple was said to be married earlier, officially their wedding news came out on June 19, 2004. Steffiana and James tied the knot in a lavish wedding ceremony in California.

Following their wedding ceremony, they received lots of good responses from their fans with lots of blessings from their close friends and family. Steffiana's brother, who is younger than her by age, also attended their wedding party, explained that he is very happy getting an understanding brother-in-law and gushed that he is pretty sure his sister will be living a happy life with him.

As expected by Steffiana's brother, the couple is now living a happy married life with their four children, three daughters, and a son. 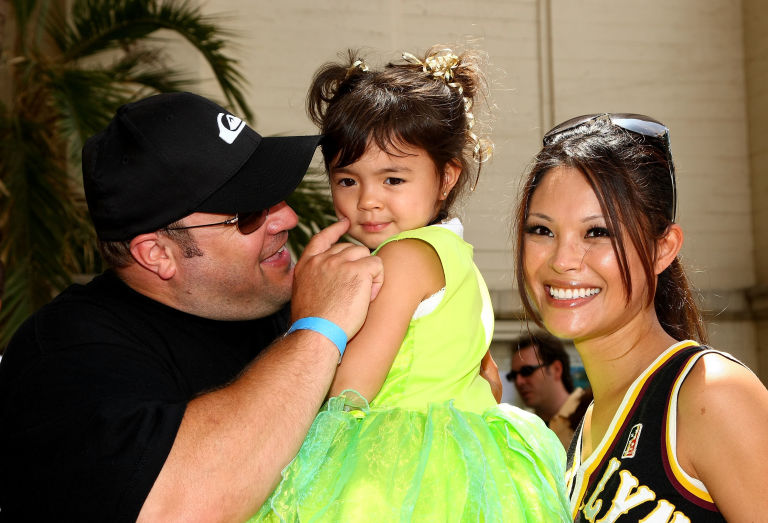 Steffiana also took a short break for some months from movies as she wanted to enjoy her time with her beloved husband. Her work in Paul Blart: Mall Cop 2 took her to the height of popularity which in turn also made her collect a good sum of net worth, estimated at $5 million.

Steffiana has always been safe from the unwanted rumor that gets spread in the matter of celebrity life. Within the current phase, it can be seen that her popularity on social networking status is also seen in a positive way.