One of the most controversial American television personalities Taran Noah Smith is a former actor who is widely known for his recurring role as Marcus "Mark" Jason Taylor, the youngest son on the popular sitcom Home Improvement.

The 7th Annual TV Land Awards winner, Taran Smith went through some tragic events.  He had been charged with driving under the influence and possession of hash stemming from an arrest in 2012. He has also gone through an unsuccessful marriage. Yes, you read that right! The 37-year-old actor previously married Heidi van Pelt but later ended his relationship with a divorce.

Let's get inside his personal life and dig out all the details about his married life and divorce. Just stay with us.

The Figure It Out star Taran Noah Smith got married to his long term-girlfriend Heidi van Pelt on 27 April 2001. The couple is believed to have held their wedding in a secret ceremony as we don't find a single picture of their wedding all over the web.

In 2005, Taran and his wife formed a California-based non-dairy cheese manufacturer and restaurant, Playford. The restaurant specializes in vegan and organic foods. It's still a mystery exactly when and how the couple first met but they reportedly dated for long before they got married.

You might not know but when Taran tied the knot with Heidi, he was only at the age of 17 while Heidi was 31-year-old. 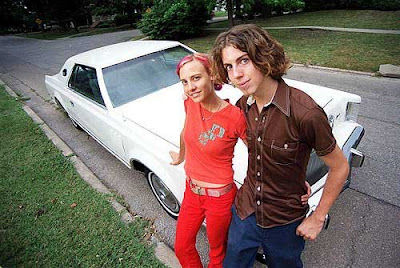 The marriage sparked much controversy because of the pair's 16 years age difference.

Unfortunately, after six full years of their marriage, Taran Noah Smith and Heidi van Pelt filed for divorce on 2 February 2007 which was finalized in the same year. The reason why they separated was cited as their "huge age difference".

Despite their 6 years-long marriage, the pair didn't share any children. And after his separation from his wife, Taran never again got engaged with any other girl, thus, his current relationship status of Taran is found to be single.

We wish Taran Noah Smith all the very best for his future and we hope he will soon find his better half.

When did Taran Noah Smith and Heidi van Pelt get married?

What is the age gap between Taran Noah Smith and Heidi van Pelt?

When did Taran Noah Smith and Heidi van Pelt get divorced?