All people have emotional baggage. All of us have made mistakes in the past and still do make them (mostly unintentionally)- we are only humans after all. But to move on in life, we need to learn to forgive and forget; forgive others and more importantly, ourselves.

That is what has made Mark Wahlberg the person he is today. Despite having permanent felony records from his past misconducts, he has turned himself into a responsible family guy. And with all the second chances he has received in his life, he is intent on not letting it go to waste.

Mark Wahlberg, turning out to be one of the most loved actors of Hollywood, must be very grateful to her wife for bringing about transformation in him. Before being a lawful husband to his wife, model Rhea Durham, he had dated her for eight years before they tied the knot.

Mark has been publicly displaying his love and gratitude for his partner. It was probably all the support from his life partner and the rest of the Wahlberg family that gave him the strength to accept his past and inspiration to try his best for a better future.

ALSO SEE: Mark Wahlberg Gushed on His Decision to Donate His Salary to Time's Up 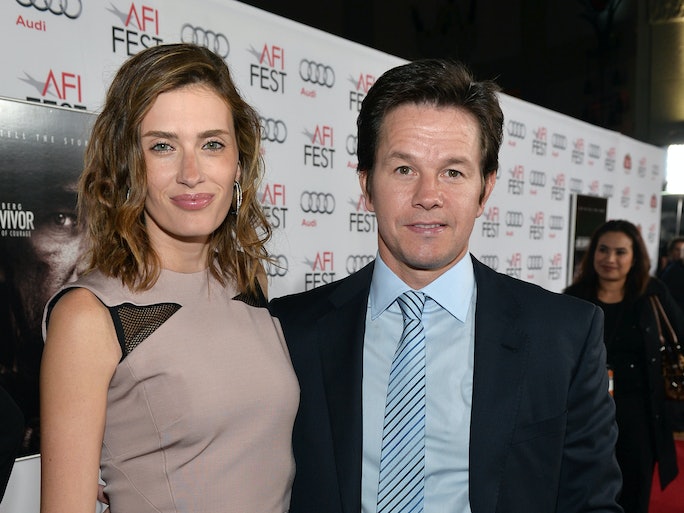 The Departed actor Mark Wahlberg married model Durham in August of 2009 in a private ceremony in Beverly Hills.

At the moment, it has been almost a decade since the couple tied the knot and is still enjoying a healthy married life with no rumors of controversies, divorce issues, or separation. The happily married couple is now parents to four children.

Before getting married, Mark Wahlberg and Rhea were already parents to three of their children. Their eldest daughter Ella Rae was born in September 2003. The second child Michael was born in 2006 and then third child Brendan in 2008.

SEE MORE: Mark Wahlberg Paid $1.5 Million, Michelle Williams Got Less Than $1,000 for ‘All the Money’ Reshoot After getting hitched, the couple gave birth to their fourth child ( their second daughter), Grace Margaret Wahlberg on January 11, 2010.

The Wahlberg family has been moderately exposed to the media with regards to the famed family heads. Both Mark and Rhea have opened up about their lives in various interviews. In spite of having a troubled beginning with drugs and arrests, Mark is now a family guy. Mark seems to be working very hard to provide for his family in a way he never had. In an interview, Mark revealed that both he and his wife have been trying their best to work things out because both of them, having come out from their parents’ divorce, understand how difficult it can be for their children.