Congratulations Russell Wilson and Ciara for completing a year of marriage!!

One of the most popular American quarterback footballer Russell Wilson who is married to his beautiful singer wife Ciara since 6 July 2016, recently celebrated their first wedding anniversary and they celebrated it in a really amazing way.

This parent of a daughter Sienna is these days grabbing the attention of million regarding their love affair and healthy relationship. So, without further delay, let's get into the personal life of this adorable couple for detail information. Just stay with us.

Russell Wilson and Ciara treated fans with a glimpse of their newborn daughter, Sienna, on 6 July, for a very special day.

The beautiful couple celebrated their first wedding anniversary with a sweet family video of the romantic gesture with a nice caption: "1 Year Anniversary @DangeRussWilson! 1 Year Down...#ForeverTogether ??,"

Here's the Instagram video that they shared to announce their wedding anniversary. Check it out.

The 32-year-old singer, Ciara hired out a plane to herald her one-year wedding anniversary with her beloved husband, Russell Wilson.

As you can see in the video, Wilson is pointing out the plane to Ciara's son, Future Zahir Wilbur, pulling a banner commemorating their anniversary and Ciara is holding her baby girl Sienna in her arms.

Ciara later shared another Instagram picture, showing off her message to husband Russell in the sky and she captioned: "HAPPY 1 YEAR BABY! YAY! I ??U!'...I'm Grateful to God for the Love he has given me, by putting you in my life. I have all that I need. Truly 1 of the Best years of my life,"

Wow! They don't shy away from sharing their love for each other!!

The adorable couple, who began dating in early 2015 had announced their engagement on 11 March 2016 and is enjoying a romantic love affair. The pair shares a strong bond and looking at that we can say we will never have to hear any news of their divorce or split.

Happily married husband and wife: Russell Wilson and Ciara at their wedding ceremony

Russell Wilson and Ciara who tied the knot on 6 July 2016, at the Peckforton Castle in Cheshire, England, welcomed their first child earlier this year on April 28.

And the birth of their daughter Sienna was not so much surprising to their fans as Ciara already had announced they were excepting their first child through a pregnancy picture of her on Instagram.

Besides, Ciara and Russell's son Future is from Ciara's past relationship!!

Past Love Affair And Dating History of Ciara And Russell: Russell Was Previously Married To Ashton Meem

Prior to Russell Wilson, Ciara was in the relationship with an American rapper, Future. The pair engaged in October 2013. And despite having a son, Future Zahir Wilbur who was born on May 2014, they called off their engagement in August 2014. 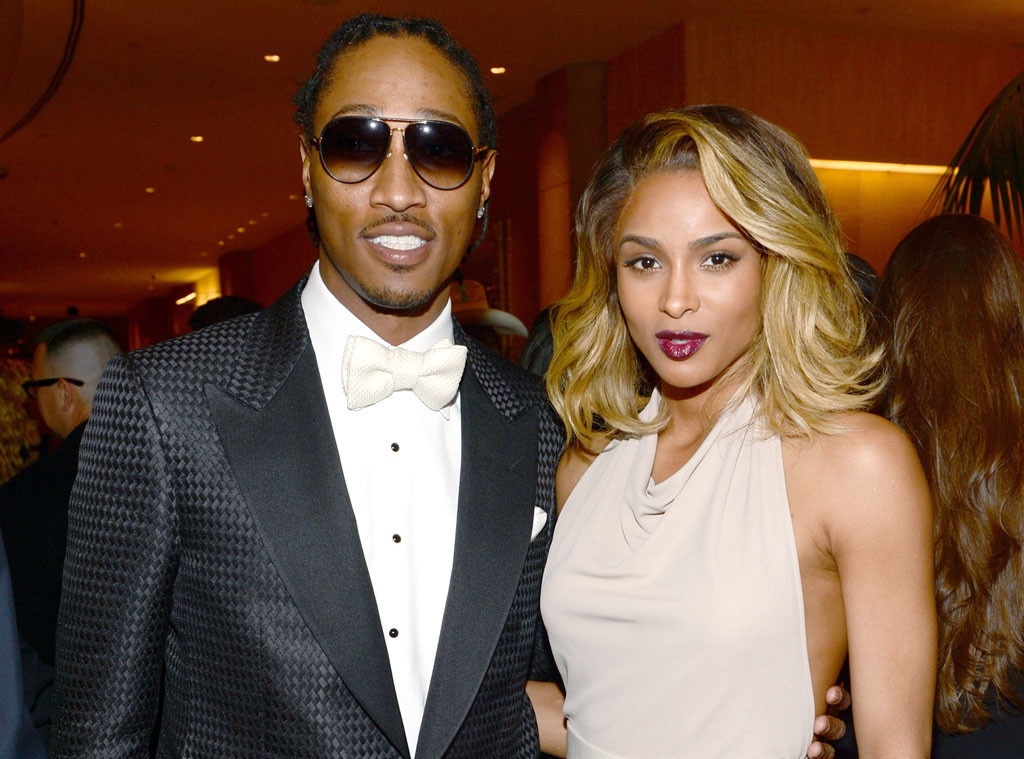 Ciara and her boyfriend-turned-fiance Future

On the other hand, Russell Wilson was previously married to a businesswoman Ashton Meem in January 2012. The former couple was dating since they first met while attending the same high school. However, after over two years of their marital relationship, the couple ended their relationship with the divorce in April 2014.

Former husband and wife: Russell Wilson and Ashton Meem at their wedding ceremony

After the separation with the respective partner, Russell and Ciara are happily married. We wish them all the very best for their future.