Anne Heche is a gorgeous actress known for her work in Donnie Brasco(1997), Volcano (1997), Six Days, Seven Nights (1998), and Return to Paradise (1998). 49-year-old Annie, currently working in the series lead in the NBC military drama The Brave is the mother of 2 children.

She was married to Coleman Laffoon in the past. Also, Heche’s name was linked to Ellen DeGeneres and Harrison Ford. Heche broke up with her boyfriend of 10 years, James Tupper. So, who is she dating now? What is her relationship status? Let's know.

Heche was romantically involved with Ellen DeGeneres in the past. They started dating in 1997. During an interview with Now Magazine, Ellen said:

If I weren't the most famous lesbian in the world, no one would notice. But everyone was watching us like we were the only lesbians on the planet. That alone made being together difficult.

Despite it seemed like their relationship was going well for the outsiders, they broke up in 2000. Ellen blamed fame as a reason for their breakup. She said :

We became such a target. Everyone had something to say about our relationship and we tried to space everything out and just work on our own problems, but that became harder and harder. She further said that their breakup wasn’t easy as it was the worst, most awful event in her life. Ellen continues, I thought we were going to grow old together and we'd be there for each other for the rest of our lives.

After her breakup with Ellen, Heche tied the knot with Coleman Laffoon on 1st September 2001. They met on DeGeneres’ stand-up comedy tour.

Heche gave birth to Laffoon’s son on 2nd March 2002. After spending more than five years as a husband and wife, they got divorced on 4th March 2009. The former couple even shared a son, Homer, born in March 2002.

But it was not the end of love issues for Anne as she was rumored to be dating Harrison Ford.

Despite the fact that many people rumored that Heche had some kind of relationship with Harrison Ford, they were nothing more than co-stars. Heche appeared opposite of Ford in a 1998 romantic adventure named ‘Six Days, Seven Nights’. 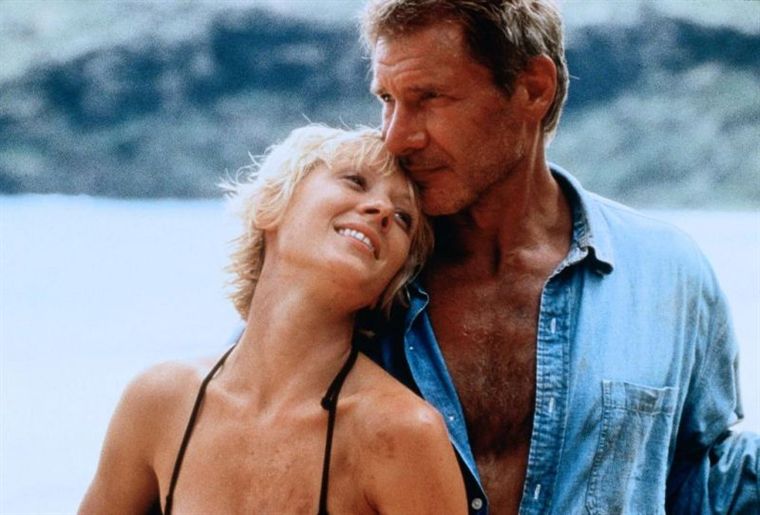 Eventually, she found her love with Men in Trees co-star James Tupper, however, their destiny of unity didn't remain forever.

Well, Heche was engaged to actor James Tupper. They were dating since 2009 before they called quits in 2018.

During an interview, Tupper clarified that he is ‘eternally engaged’ to Heche but does not have any intentions of getting married.

When I’m 60, I am happy to walk down the aisle. I’ve been married before and so has he. I don’t know what either of us would gain or what would change that would benefit us.

But not every relationship lives forever. After dating for nearly a decade, the duos broke up in January 2018.

During their long-term relationship, they shared a son, Atlas Heche Tupper, born in March 2009, though they were never married.

Currently, Anne Heche is alleged to be single, but it's not quite right to say if she won't date again. Let's see what the future has to offer.