FamousStardom https://famousstardom.com/
Home Gossip Draya Michele & her boyfriend Orlando Scandrick welcome a baby as they could get married soon The former VH1’s Basketball Wives LA star Draya Michele and her boyfriend Dallas Cowboys star Orlando Scandrick welcomed a baby recently. Despite being together for so many years, this couple’s relationship was frequently on and off, but after the birth of the baby, their relationship is going really well. In fact, this couple is engaged too and could get married within this year.

Hot actress Draya’s affair with Scandrick started in January 2013 while filming Basketball Wives LA. Time and again, this couple got into lots of controversies and drama. They broke up and got back together many times. However, the affair between this hot pair was never off the news among their fans.

Draya and Scandrick got engaged in 2015. Scandrick proposed Draya with a $40,000 worth 7-carat diamond ring. No matter how many dramas they got themselves into, they made their fan go aww with the declaration of their engagement. Everyone believed that they will tie the knot soon after that. But, sadly they broke up again in January 2016. But this couple proved that it was their another drama as they got back in just two weeks. 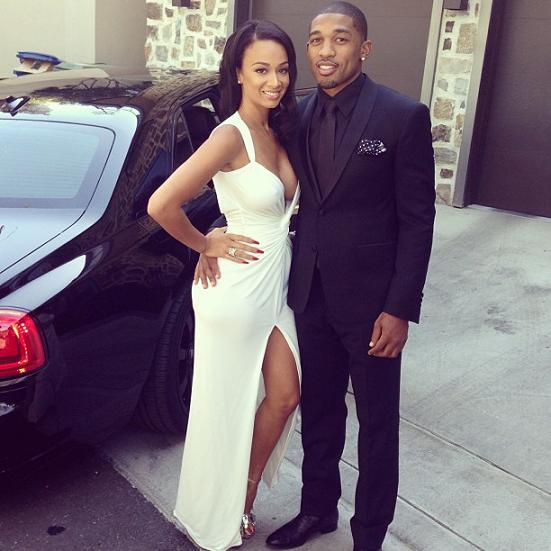 Draya has altogether two children. She was very excited when she got pregnant for the second time. During an interview with PEOPLE, she said: “I’m not sure what made me decide to take a home pregnancy test, but I decided on taking two at the same time. They were both positive and I was instantly excited.”

Draya got the privilege to become a mother for the second time on 8th April 2016. She gave birth to a baby boy, Jru Scandrick, in Burbank, California.
Draya had her first baby, Kniko Howard, from her previous relationship with NBA player Gilbert Arenas. Kniko is currently 13 years old. In fact, Taylor and Tatiana are Orlando’s twin daughters from his relationship from the past.

What do you guys think about this couple’s relationship? Do you think they will get married by this year or end up breaking up again? Please leave your opinion in the comment box below. Is Donnie Wahlberg Happily Married To His Wife Jenny McCarthy? Details On Their Relationship